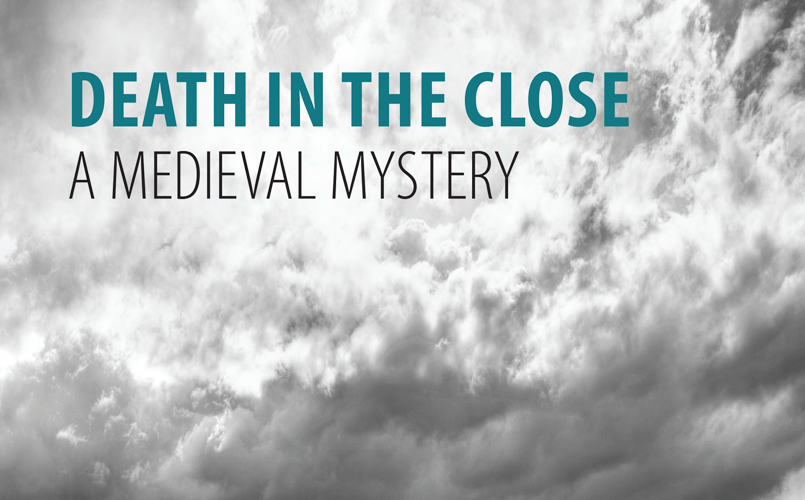 12 May New Book Sheds Light on Hereford’s Medieval Past 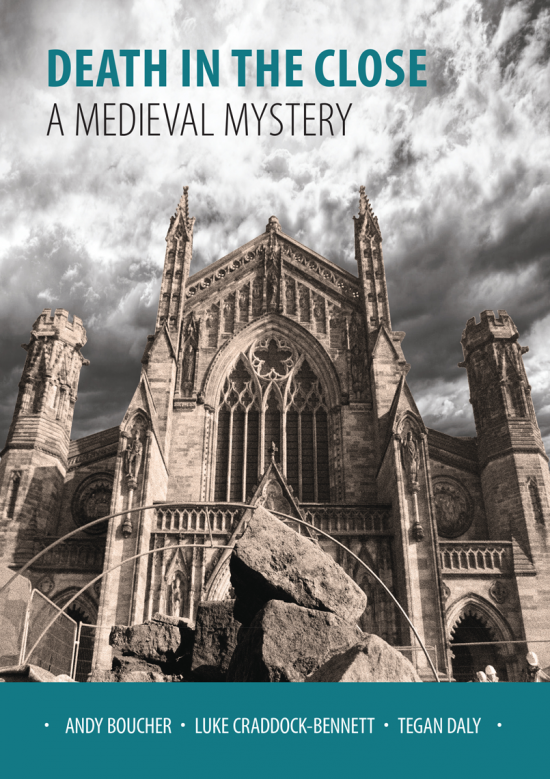 Andy Boucher and Luke Craddock-Bennett are speaking at the Hay Festival to launch their book, ‘Death in the Close’, which digs down through 900 years of local history, thanks to recent archaeological discoveries in the grounds of Hereford Cathedral.

‘Death in the Close’ was written following excavations carried out by Headland Archaeology as part of a £5m project facilitated by Hereford Cathedral Perpetual Trust to refurbish the Cathedral Close.  The project was funded by the Heritage Lottery Fund, and has also unlocked some of the Saxon history of the cathedral site.

Andy, director at Headland Archaeology, will be joined by co-author Luke on the Hay Festival’s Good Energy Stage at 2.30pm on Friday, 22 May.  The pair will discuss their book and invite questions from the audience, who will then have the opportunity to secure a signed copy.

The findings of the book made headlines earlier this year when after a detailed osteological study, one of the 2,500 plus bodies found in Hereford Cathedral Close turned out to be a Knight.

Andy comments: ‘What we found has produced exciting glimpses into life, disease, accident and injury from the Norman Conquest through to the 19th century.‘

‘The individual believed to be a Knight was of particular interest and has numerous injuries likely to have been sustained through jousting – fractures to the ribcage and the right shoulder, and an unusual twisting break to the left leg.  Analysis of his teeth, undertaken in collaboration with Durham University, suggests that the man was likely to have been brought up in Normandy and moved to Hereford later in life.‘

‘Although we can never be sure how people came about their wounds, in this case there is a considerable amount of evidence that indicates this man was involved in some sort of violent activity.  The fact that he was still doing this after the age of 45 would suggest that he was very tough.‘

‘Death in the Close’ explores the finds from Cathedral Close and how they question perceptions about the past inhabitants of Hereford, uniquely framed within a ‘murder mystery’ style narrative.  With catchy chapter titles such as ‘Chronicles unchained’, ‘Sifting the sands of time’ and ‘Deliberating the verdict’, the book has a literary feel, designed to be engaging and user-friendly for non-archaeologists.  For those in the know, the book is also technically and academically correct, with key facts and figures in footnotes for easy reference.

Andy added: ‘I am really proud of the way the book has come together, and have carefully set it out so that it appeals to both an academic and non-academic audience.  The event at the Hay Festival will be a great way for people to learn about the work that goes into projects such as the Cathedral Close excavation, which can tell us a huge amount about our past.‘

‘We’ve planned an exciting and engaging talk, with some unique video footage and possibly some other surprises in store.’

The book is a Headland publication, created by our own in house publication team, including editor Julie Franklin, illustrator Julia Bastek-Michalska and typesetter, Caroline Norrman. The artistic flair behind the book, its cover design and general good looks are all down to the talents of Julia and Caroline, while Julie was there throughout to ensure text and illustrations are clear, coherent and consistent.