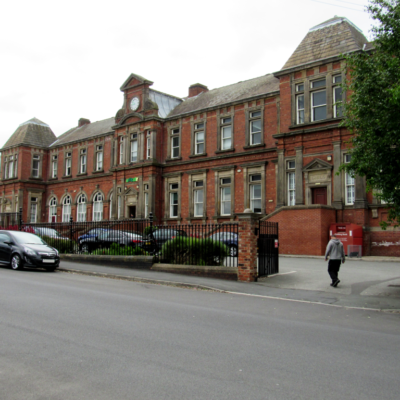 Our Yorkshire & North Office in Leeds was opened in 2015. Currently we have a full time core of ten staff including the specialist geophysics teams. Our office is one of about 20 small units housed in a Grade 2 listed Victorian School in Beeston, about 1 mile, from Leeds city centre. There are regular bus connections which take about 15-20 minutes to the station. A taxi should take about 10 minutes and cost £7.

Leeds is the third largest city in the United Kingdom with a current population of just over 750,000 and it also has one of the largest student populations (in excess of 30,000). It lies at the heart of the north of England and is well connected by road and rail to the other major cities in the north; Sheffield, Manchester, Bradford and Hull are all within about 80 minutes of Leeds city centre although traffic can be very congested at peak times.

As might be expected there is a large and varied nightlife of pubs, clubs and restaurants to cater for these numbers. For those interested in music Leeds has one of the most vibrant music scenes with probably the largest number and range of venues outside London and Manchester from the 13,500 capacity Leeds Arena for the stadium sized bands down to the smallest clubs such as Wharf Chambers for up and coming bands with a capacity of 180 which is run as a workers co-operative.

For football fans and lovers of soap opera Elland Road (home of the perennially underachieving Leeds United) is about a mile from our offices. Proper teams can be watched in Bradford or Huddersfield or even Sheffield or Hull.

There are also plenty of galleries and museums including the Royal Armouries, Abbey House Museum, Leeds Industrial Museum and Thackray Medical Museum.

Leeds/Bradford airport is currently expanding with an expanding timetable to European and other destinations further afield and at present is quick and easy to arrive/depart from.

Leeds is on the East Coast mainline with journey times to London and Edinburgh of about 2 hours and 3 hours respectively. Trans Pennine routes are slow but there is a good connecting service to Manchester Airport.

Although Leeds is a large conurbation it is also within easy distance of great walking country. Skipton (Gateway to the Yorkshire Dales) is about an hour by car or train and the moors above Haworth (Bronte Country) or Ilkley less than that.