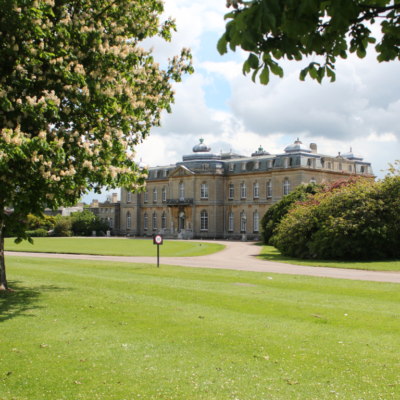 The South & East office was opened in 2011 and was originally based in a client’s office in Leighton Buzzard. Since then we have grown quickly and moved to much larger premises at Wrest Park where we have been for the last five years. We have approximately 15 people working out of this office including members of the Finds, Environmental and Graphics team.

Our South & East office is based in the beautiful country estate of Wrest Park House built by Earl de Grey in the 1830s. The stunning formal drive and park form the backdrop for the office providing a great start to the morning. Parking is just not a problem and with numerous walks, cafes and the house grounds themselves it is a fantastic environment to work in.

The estate offers great opportunities for a breath of fresh air are at lunch time with access to the walled garden and formal grounds of Wrest Park. In recent years it has played host to such cultural feasts as Status Quo concerts and BBC’s ‘Flog it’!

There are a lot of small towns in the areas with great schools and with affordable housing in places like Bedford and Luton.

Silsoe itself is well situated and a short commute from towns like Bedford, Luton, Hitchin, Letchworth, Cambridge and Milton Keynes. The nearest stations are Flitwick and Arlesey which will get you into Central London in 45 mins or where you can pick up the East Coast Rail line to the North. The international airports of Stanstead and Luton are both less than an hour away.

The Headland office is housed in a 1970s industrial unit with a two storey office accommodation, meeting room and a huge warehouse space with sieving and drying facilities. There is plenty of scope for modification and expansion. We share the site with a wide variety of interesting companies from English Heritage to comic book publishers and cutting edge technology firms.