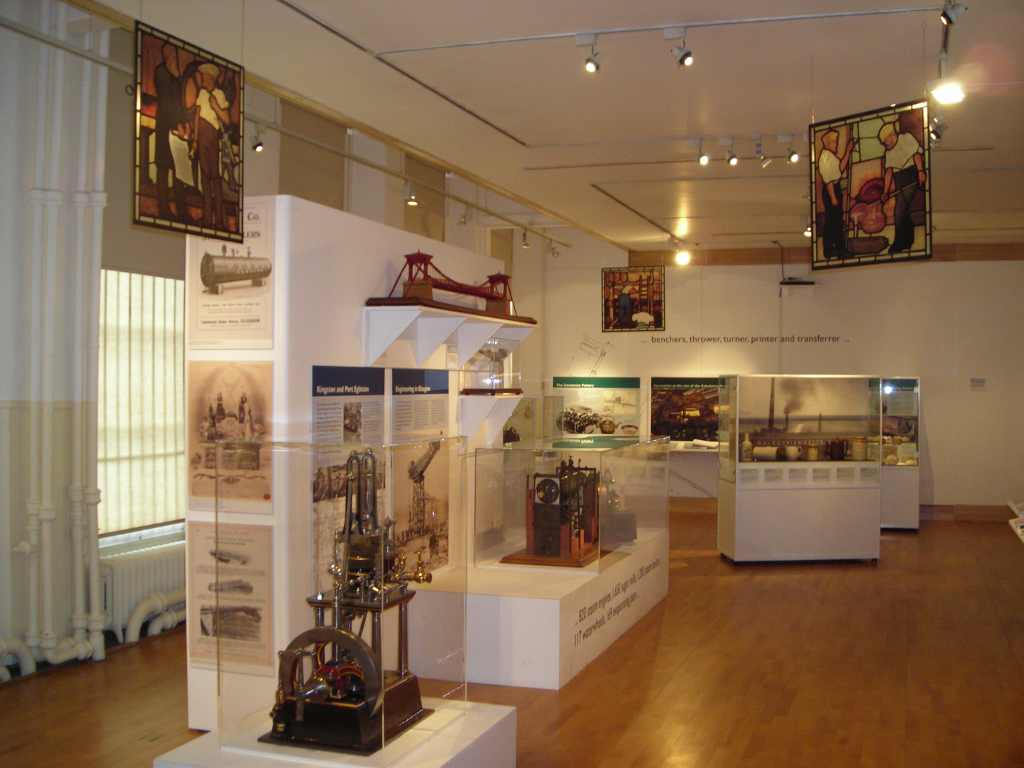 As commercial archaeologists, our focus is always about getting on to site and then off site as quickly as possible, working ever harder to deliver clients’ development programmes whilst meeting professional standards. But we also have a responsibility to make archaeology relevant to society and, as professional archaeologists, we have always given up our time to give talks to local societies and run open days on excavations. We started doing this in the days before developer-funded archaeology and have typically done this in our own time in the evenings or at weekends. In recent years, however, a combination of Lottery funding and the weight that planning policy places on community engagement and public benefit has seen an explosion in funded community archaeology projects. But it was way back in 2007 that we encountered our first ever such project – the M74 Completion Project in Glasgow, in a partnership with Pre-Construct Archaeology.

It was a unique project in many ways, which focused on an urban, late 18th-, 19th- and 20th-century landscape, the development of which mirrored the rise of industrial Glasgow to become the second city of the Empire. Instead of our usual diet of prehistoric houses and burials, forts and field systems, the sites we uncovered and excavated in advance of the new road included engineering works, lime kilns, pottery factories, canals, railways, textile mills and workers’ housing. 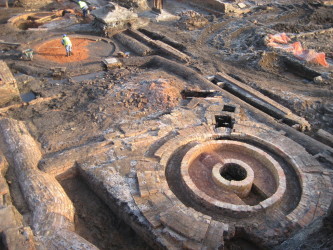 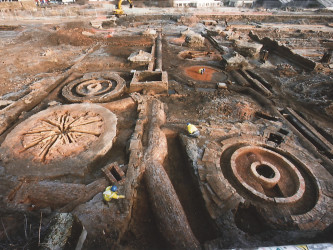 Another key element was the Public Archaeology Programme, which ran for two years to 9 months alongside the excavations and then for a further 15 months. The brief was designed by the University of Glasgow specifically for the project.  Given the specialist work required, we brought in Glasgow Museums to help us deliver parts of the brief including three full-time staff. With their help, we took over a local museum – a Charles Rennie Mackintosh-designed school, now Scotland Street Museum – and turned it into the ‘M74 Dig Discovery Centre’. Our target audience were local schools and communities along the route of the new road; with a staggering 72,000 visits recorded, the Discovery Centre not only got the results of the M74 project itself out into the public domain but it also served as a means of promoting public interest in archaeology in general. 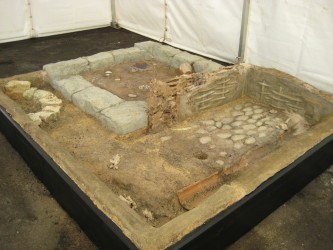 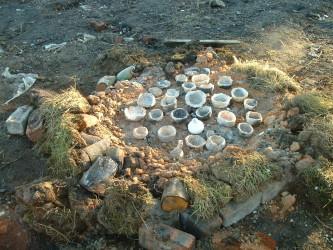 The centrepiece of the Discovery Centre was a major exhibition with some of the finds from the digs on temporary loan as well as material from the museum collections. We created an archive and research area, built simulated digs where children could get their hands dirty (in a clean sort of way), offered talks and masterclasses on aspects of archaeology, family events and all sorts of hands-on activities. Using the excavations as venues, we also ran dozens of open days, invited schools and community groups down to site and offered a volunteer programme for those who wanted to help out. Getting out into the community we also had travelling exhibitions and visited schools and local community groups with our museum handling kits. The Oral History Project was particularly successful, tracking down many of the families who once worked in the factories or lived in the tenements that we were then bringing back to the light of day. With the help of local schools we also buried time capsules on the new road and in years to come these will no doubt get dug up by future archaeologists. 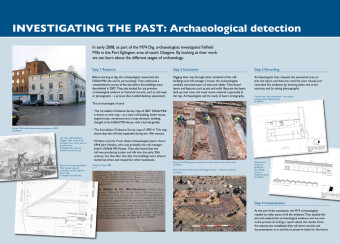 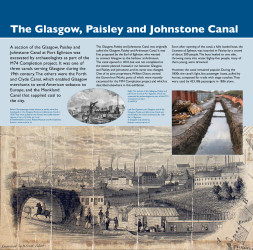 The highlight for many of us was the open day at the Caledonian Pottery factory where, with permission, we gave away as many pots as people could carry – we weren’t short as we had uncovered hundreds of thousands of tonnes of the stuff. Technically-speaking the Queen owns these. We did her a favour, where would she put them all?

The results of the project, both the archaeological excavations and the public archaeology programme, were published in 2016 – ‘The Birth of Industrial Glasgow: The Archaeology of the M74’ – by the Society of Antiquaries of Scotland with a publication grant from Historic Scotland. The project itself was managed by Glasgow City Council with funding from Transport Scotland and the local authorities that bordered the route – City of Glasgow, South Lanarkshire and Renfrewshire.

Fast forward 10 years and today, community engagement is a key element of all major infrastructure projects and a measure by which a contractor’s performance is now judged. Expect to see it a key deliverable of HS2.