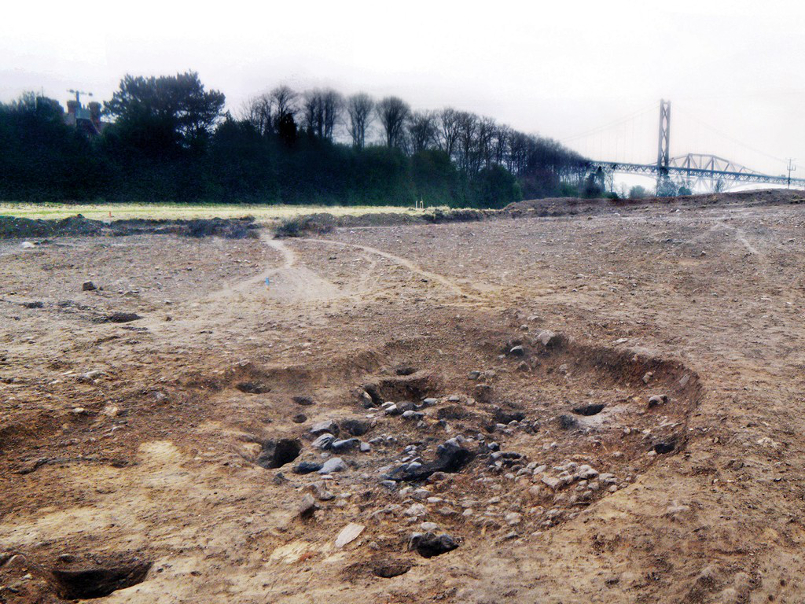 Have you driven across the new Queensferry Crossing yet? Did you know that archaeological discoveries were made during its construction?

Headland Archaeology began work on the banks of the Queensferry Crossing in 2011, with an extensive program of evaluation. Two locations revealed major archaeological discoveries, Castlandhill in the north and Echline Fields in the south. The excavation of these sites contribute significantly to our knowledge of Mesolithic habitation in Scotland, a period which dates between 12000 and 6000 years ago. Our work proved that the banks of the Forth have been a centre for human activity for a very long time, a tradition that continues today.

A particularly exciting discovery was the remains of a sunken-floored structure that at the time of discovery was radiocarbon dated as the earliest house in Scotland, almost 10 000 years old. Inside the house we found the remains of a hearth, stone tools and even what appear to be the bones of a wolves paw. These discoveries add to the growing group of Mesolithic settlements with characteristics of semi-permanent occupation during a time when it has been assumed that people still lived in mobile and temporary camps. The Mesolithic house builders helped to set the earliest Scottish people on the road to civilisation that their descendants, somewhat more literally, travel today. 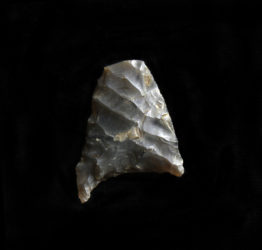 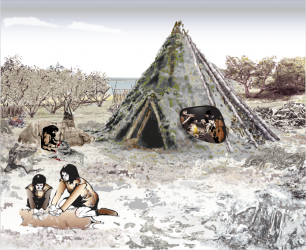 So the next time you are stuck in traffic distract yourself with the thought that this new piece of innovative human engineering sits atop the remains of the oldest housing in Scotland.

If you are interested in learning more about the excavation results they have been published in the Proceedings of the Society of Antiquaries of Scotland.