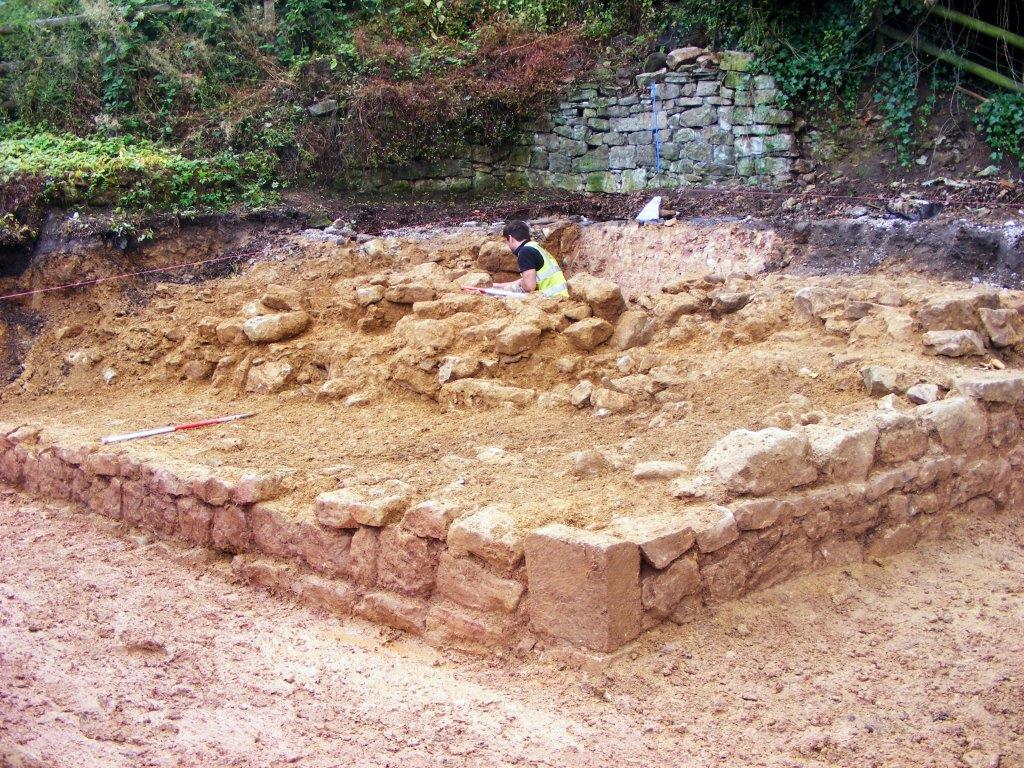 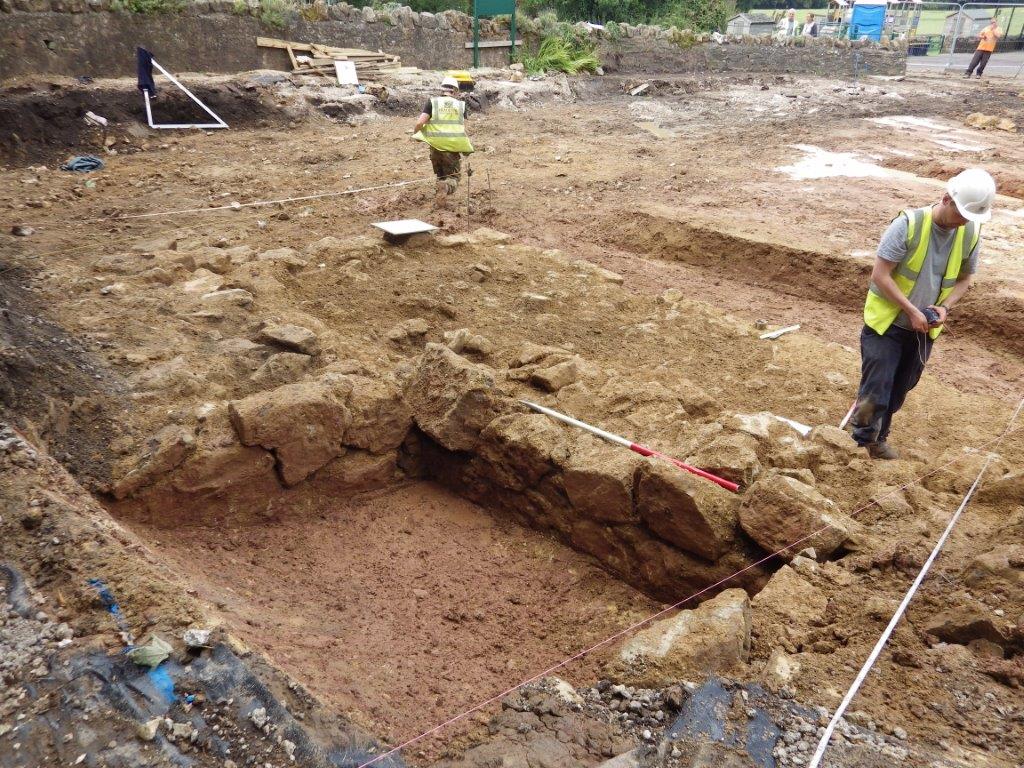 The quality of the work Headland undertakes can stand in good stead when it comes to having to deal with unforeseen circumstances on heritage assets that have both a high significance and sensitivity. In this case we worked very closely with the school, local authority, parish and English Heritage to overcome what initially appeared to be an insurmountable problem.

English Bicknor Primary School needed to redevelop a number of temporary classrooms prior to the start of the 2014-15 school year. In this instance the classrooms lay within a scheduled monument area of the castle and moat. Prior evaluation suggested that there was only minimal impact, but work uncovered the remains of a medieval tower. This tested the skills and experience of Headland’s consultancy team, but ended with an expedient resolution.

English Bicknor Primary School is located within the bailey and moat of a castle that once dominated a ridge overlooking the Wye valley. Headland initially became involved in the project after being approached by Gloucestershire County Council to produce a desk-based assessment. Due to the fact that most of the school grounds lie within a scheduled monument, Headland’s main tasks at the initial stages of the project included obtaining relevant statutory consents to evaluate the area and assist with other ground investigations for engineering purposes. However, following the results from these our team also had the more complicated job of obtaining consent on behalf of our client for the construction of the new building within the grounds of the scheduled monument. Our consultants have an excellent track record in this type of work and routinely produce high quality assessments that meet the standards of Historic England and English Heritage. As a result, the negotiations with the statutory bodies and the discussions with regards the various options went very smoothly.

Buried archaeology can be a very disruptive ‘discovery’ and, with a tight construction deadline, the sudden appearance during the monitoring of the site strip of a castle tower base was a cause for concern to our client. Headland’s response was fast and balanced. An emergency meeting was arranged with Historic England and other stakeholders within less than 24 hours of the discovery at which point it became apparent that the tower lay within the footprint of the new classrooms. Luckily the lightweight units designed by Pod Space were capable of taking minor adjustments to foundation design and, with a small amount of relocation, it was possible to construct the new build with one part of it supported by the medieval remains themselves. Headland assisted in decision-making and problem-solving throughout this process. In addition the detailed records that Headland’s field team produced formed part of a solution that had less than a few centimetres’ lee-way.