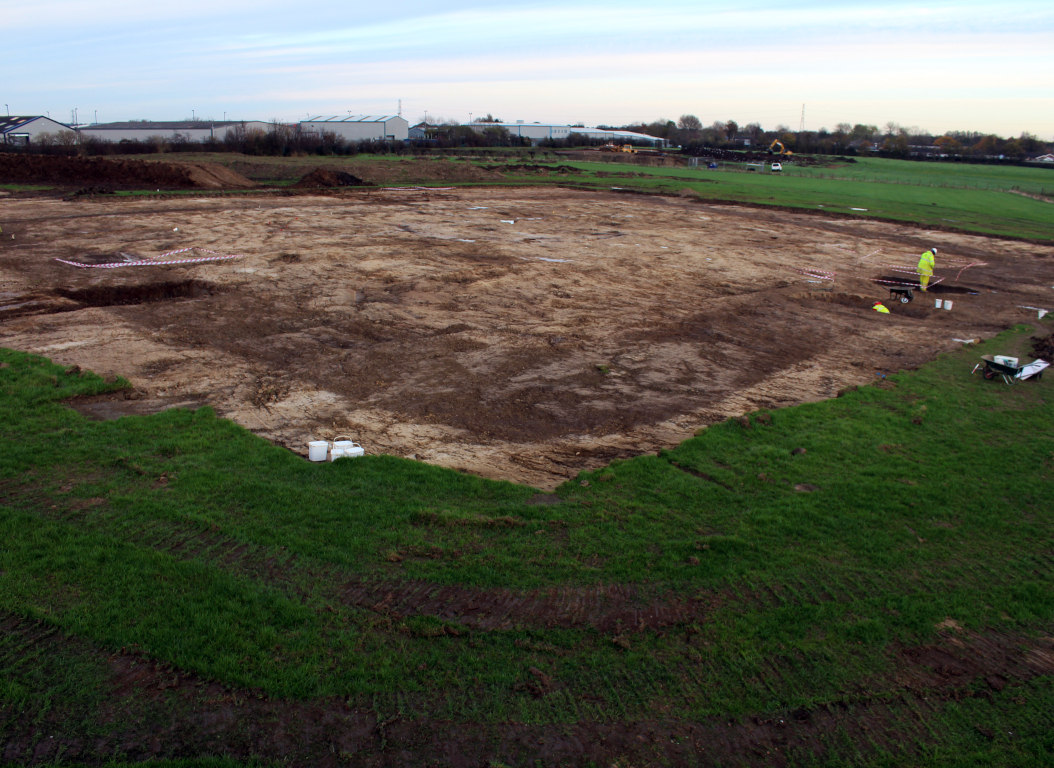 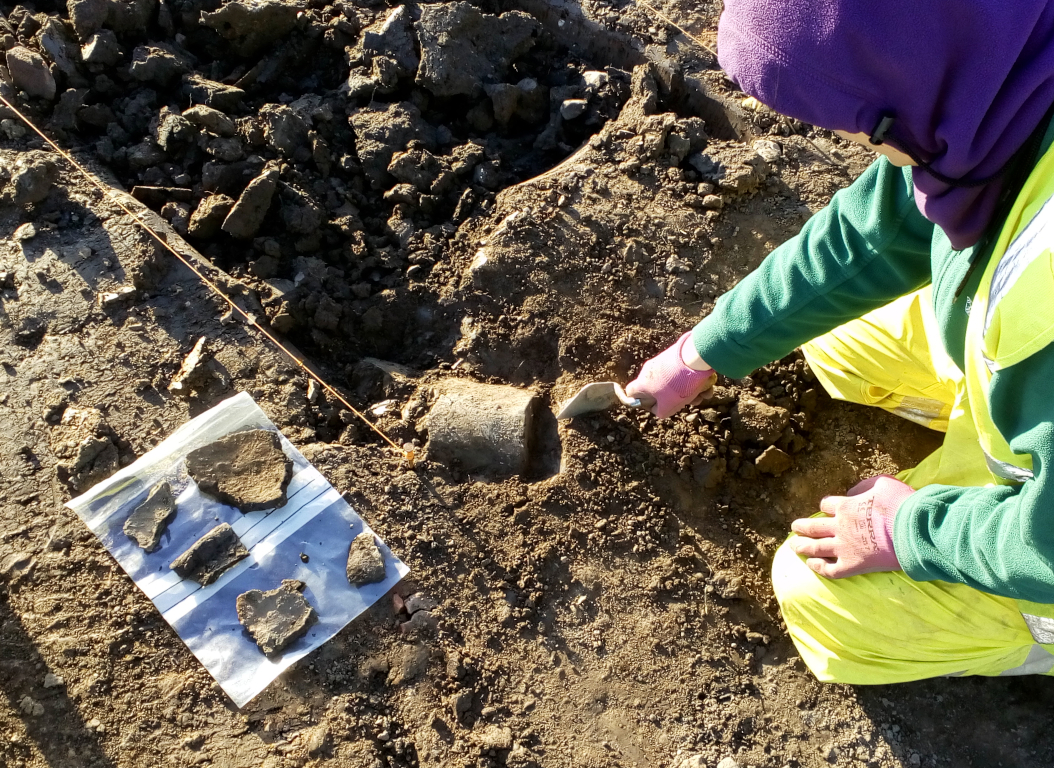 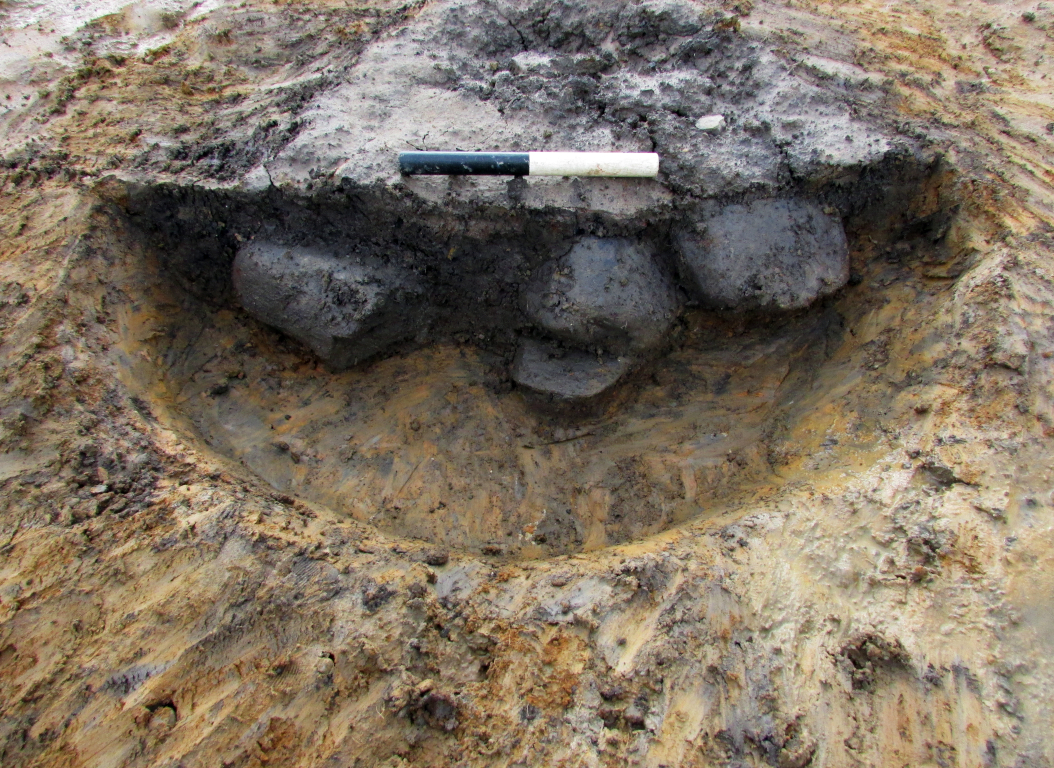 Adverse weather conditions and clay soils provided a challenge on this project. Headland staff were able to rise to the challenge, excavating and recording 25 Iron Age roundhouses in advance of construction of a modern-day housing development.

From September to December 2017, Headland carried out a programme of archaeological excavation in advance of a proposed housing development on land east of Morley Hill Farm, Hazelrigg, Newcastle upon Tyne. Previous work had indicated the presence of two Iron Age rectilinear enclosed settlements located across the northern part of the development area. The subsequent archaeological excavation took place on approximately 2ha of land centred on Morley Hill. The clay nature of the natural geology provided challenges for the excavators, especially during wet weather.

Two rectilinear enclosures, each containing roundhouses, were identified.  A further 13 roundhouses were discovered in an unenclosed settlement outside one of the enclosures. A well-attended Open Day, explaining the results of the investigation, was held at the end of the excavation.

Artefactual evidence, including lithics and a small ground stone axehead, points towards sporadic activity in the vicinity of the site during earlier prehistory. The majority of the finds indicated that the settlements were occupied in the later Iron Age and early Roman period.  Pottery, stone tools and animal bone were all recovered.

Research has shown that enclosed settlements of this type were a distinctive northern British Iron Age type.  Further radiocarbon dating is now underway to help untangle the chronology of the settlements.  The site will be published in 2019 in the Newcastle Society of Antiquaries Journal, Archaeologia Aeliana.