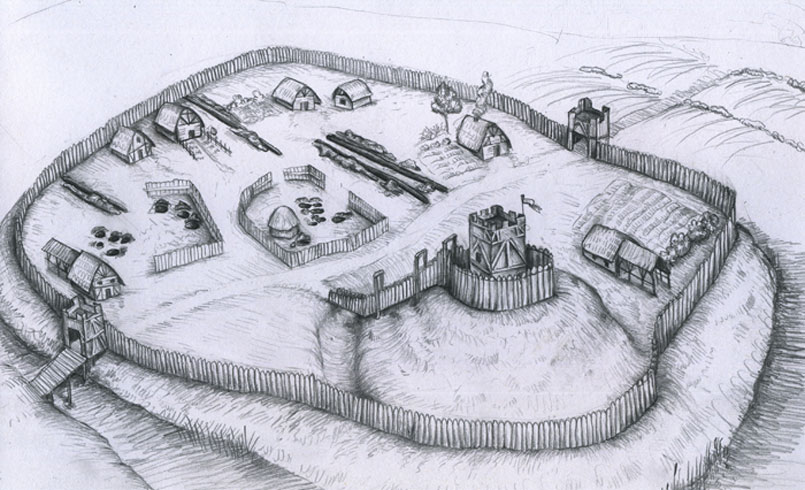 Our South & East office have begun investigations of a portion of Fulk de Breaute’s early medieval Castle in Luton. The work commenced in December 2013 where we are working alongside the demolition contractors (DSM Demolition Ltd) in order to reveal archaeological remains as the site is stripped of pre-existing structures and utilities. Our work forms part of the enabling works required ahead of construction of a new £46m library at the University of Bedfordshire (Luton Campus). The proposed seven-storey building to be built on the site of Fairview House, at the corner of Park Street and Vicarage Street in Luton will include the latest technology, study spaces and of course, books. If the plans are approved, the iconic building will provide approximately 7,400 sq m of space, setting the benchmark as one of the most advanced university libraries of its kind in the UK. The proposed development is due to open in summer 2015.