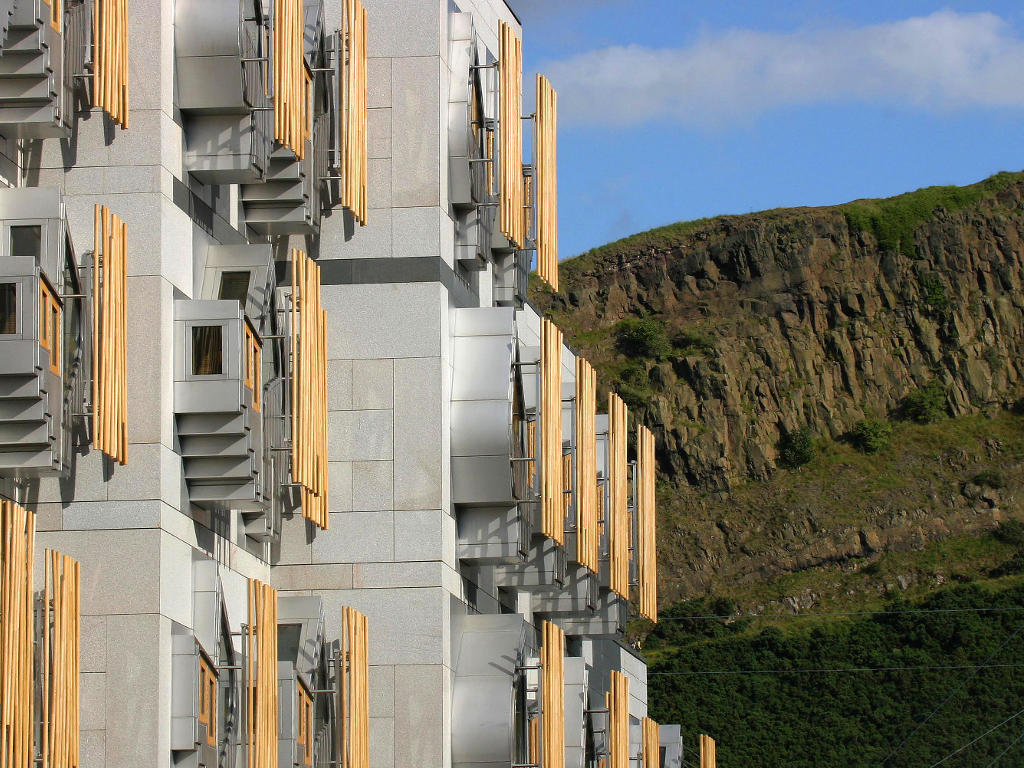 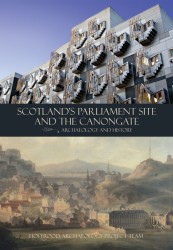 Nowadays, large-scale archaeological projects for major infrastructure projects are relatively common – think of Thames Tideway Tunnel, and Crossrail, Hinkley Point and Anglesey, Aberdeen Western Peripheral Route and A14, not to mention HS2. However, back in 1998, infrastructure projects were as rare as hens’ teeth for the fledgling Headland Archaeology Ltd, established only two years previous. A stone’s throw from our offices in Edinburgh, The New Scottish Parliament site, in Holyrood was Headland’s first £1M project, our first major urban project and also our first ever joint venture. Slightly scary at the time but we’ve never looked back. Headland hadn’t done a lot of urban archaeology so we partnered up with SUAT Ltd, based in Perth. Together we tendered for and won this prestigious contract. It was a good fit, as Headland was strong on project management, surveying and environmental archaeology; SUAT was strong on urban stratigraphy, medieval finds and graphics. The site itself looked like the set of an episode of The Sweeny or The Avengers, a vast but abandoned quarter of Edinburgh with an eerily deserted hospital – Queensberry House, more of this later – old red brick brewery buildings and cobbled yards from the former Scottish and Newcastle Brewery. Our first day on site was launched in a blaze of publicity, something we had never experienced before; a circus of government ministers, civil servants, TV and radio journalists and photographers. Some of us still remember the late great Donald Dewar, whose lifelong vision was for a devolved Scottish Parliament, either asking – or telling us – not to find too much and not to delay the project in any way.  Minutes later it was all over and off they went. 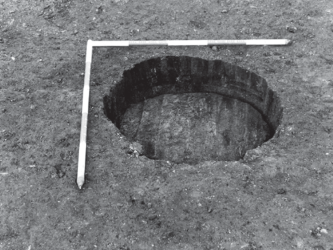 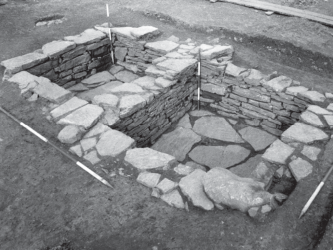 So what we did we find? A combination of archaeology and historical research revealed a site with a long and complex history starting life as fields in front of Holyrood Abbey enclosed by a large ditch, and probably used for cultivation until the 14th century when the area was developed as a planned settlement known as Canongate, which brought in income from rents to the Abbey. When the Abbey became the royal palace of Holyrood the area became very fashionable and a number of large grand houses were built in the area, including the grand house that became known as Queensberry House. Starting off as a grand lodging, it became Queensberry House in 1688 when the Duke of Queensberry purchased the property from Lord Hatton (Earl of Lauderdale), a colourful character who had fallen on hard times. The building underwent many alterations and extensions throughout the late 17th century. By the late 18th century, the New Town of Edinburgh was the place to live, and the Canongate fell into decline, becoming one of the poorest and most deprived areas of the country. The House was turned into a military barracks in the early 19th century and the once plush gardens became a parade ground. The slide continued when it became of house of refuge and then a hospital. The eastern part of the site was developed as a brewery from the later 19th century. The recording of Queensberry House, which was retained to become a central part of the New Scottish Parliament, stands out as one of the most challenging projects we have ever undertaken. Once the excavation of the outside areas was completed, it became our job to manage the exposing and recording of the entire building, room by room, floor by floor, internally and externally as centuries of plaster-board and wallpaper were removed to reveal the 17th century house in all its glory.

‘Today, Holyrood and the Canongate is once again a thriving centre bustling with politicians, civil servants, journalists, ordinary folk listening in on proceedings and curious tourists; back at the forefront of Scottish political life just as it was centuries ago. What goes around, comes around.’ 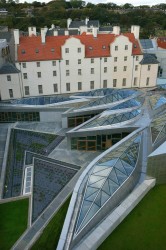 The findings were published by the Society of Antiquaries of Scotland in 2008 as ‘Scotland’s Parliament Site and the Canongate: archaeology and history’. Superbly edited by Gordon Barclay and Anna Ritchie, the findings were put together by a great team of archaeologists – Russel Coleman, Simon Stronach, Tom Addyman, Stephen Carter, Adrian Cox, Derek Hall and Richard Tipping and historians – Patricia Dennison and John Lowrey from the University of Edinburgh. The account of how Queensberry House developed was undoubtedly the star of the show. Since Holyrood, we have been involved in numerous large multi-million pound infrastructure projects for new road schemes, wind farms and nuclear power stations but the thirst for these sort of challenging projects began with The New Scottish Parliament and we have never looked back.

If this article interested you, read more on our excavations Here.