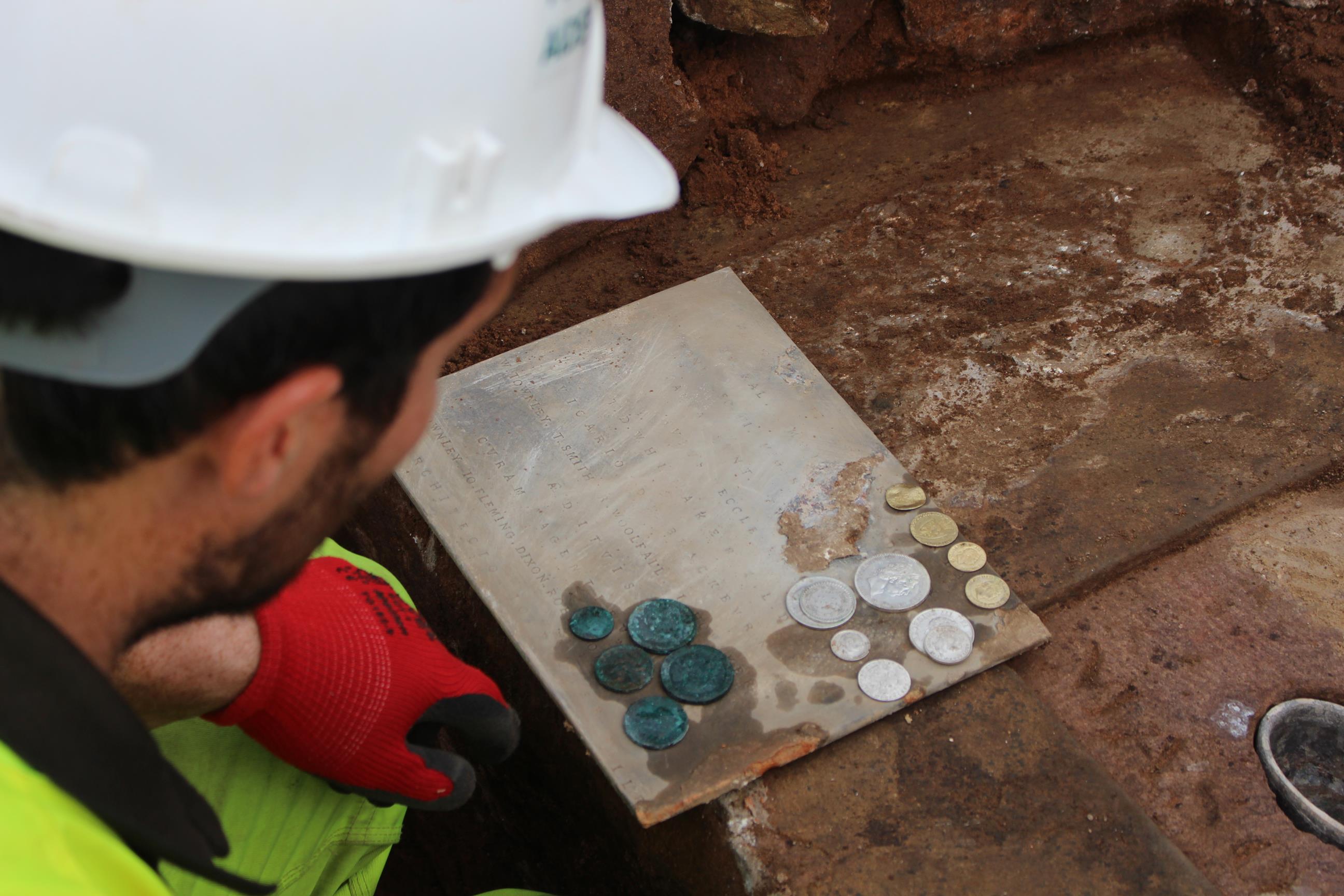 In summer 2015 we had the rare opportunity to excavate St Peter’s burial ground in Blackburn. Headland was commissioned by Capita on behalf of Blackburn with Darwen Borough Council in advance of the construction of the Freckleton Street Link Road in Blackburn.

St Peter’s burial ground was opened in 1821 and saw intense use until around 1860, although some burials continued in existing family plots as late as 1945. Headland’s work included the recording and removal of visible memorial stones; sensitive exhumation of around 30% of the burial ground; the full excavation of the foundations of St Peter’s Church; and a package of civils work to prepare the site for road-building.

Site work began on the 29th of June and lasted for 16 weeks. An integrated team of up to thirty-five archaeologists, surveyors, osteologists, exhumation specialists, and civil engineers had to work in close collaboration to complete the excavation safely and on time under often challenging ground conditions.

The site work was finished on schedule, and post-excavation assessment is now underway. The archaeological information from the excavation will be supplemented with specialist analysis, church records and documentary research, which will allow us to build up a history of 19th-century Blackburn from the perspective of a unique cross-section of the local population.