Blooming in Dyce – Publication of Early Scottish Metalworking in Aberdeen 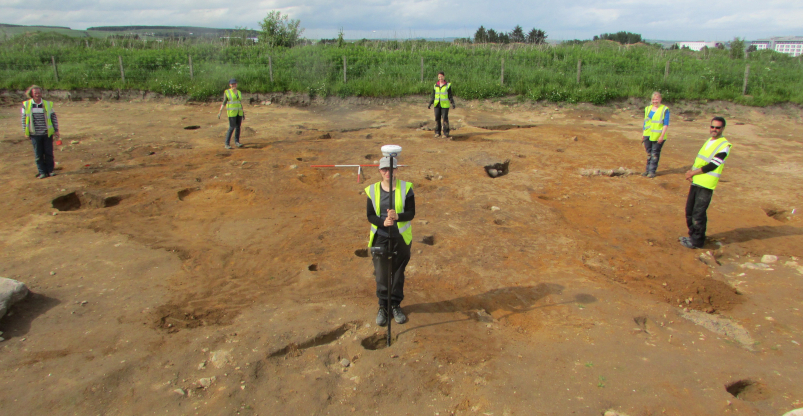 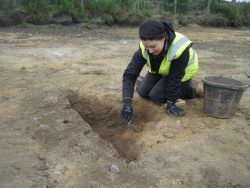 From October 2013 to March 2016 Headland Archaeology undertook archaeological work at the site of the A96 Park and Choose Scheme, Walton Road, Dyce, Aberdeen; this work was commissioned and funded by Aberdeen City Council in response to a planning condition. Prior to the excavation, a geophysical survey and trial trenching evaluation were carried out to assess the archaeological potential of the site. As a result of these investigations an excavation took place between May and June 2014 on either side of Walton Road which was then followed by a watching brief from September to October 2015 when the road was removed.

The geophysical survey revealed a group of magnetic anomalies; this led to the programme of trial trenching evaluation to identify and record these anomalies which subsequently revealed a number of features; predominantly pits and post-holes. The results of palaeoenvironmental analysis of the samples taken at this stage indicated that the features were of possible Iron Age or medieval date. Based on these results a further excavation of the site after the top soil stripping was conducted. 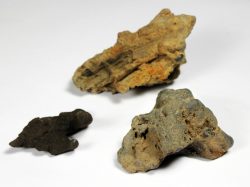 The excavation revealed that metalworking was an activity on site through multiple phases; this activity would have comprised the smelting of iron and artefact production via smithing. Two furnaces were identified, one of which was a bloomery smelting furnace that dated to the early Iron Age. The other furnace dated to at least one thousand years after the first. The smelted ore was probably bog ore, though its exact source is unknown. The evidence shows that the iron production was a small-scale operation rather than a major industrial centre.

The majority of the radiocarbon dates recovered from the site are from the early historic period, between the 8th and 12th centuries AD, with only small clusters of activity attributed to the Iron Age. The evidence for early medieval metal working is fairly unusual and important given the general lack of evidence on other sites of the same period.

The ironworking evidence at Dyce bolsters the current picture of metalworking activities in north-east Scotland and is a valuable addition to the growing number of securely dated assemblages that have been subject to chemical and microstructural analysis.

Further details on our work and its results has been recently published in the Tayside and Fife Archaeological Journal and the article can be found here.