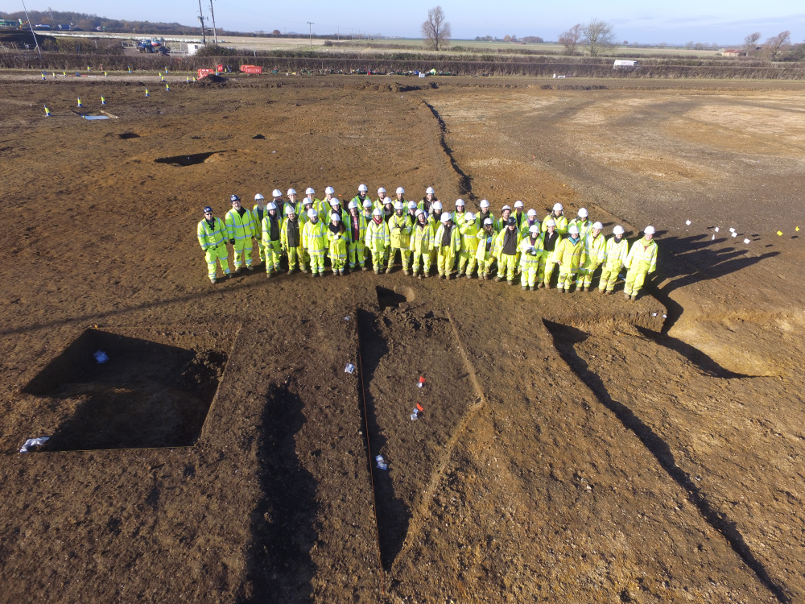 Two of the most experienced archaeology and built-heritage practices in the UK, MOLA and Headland Archaeology, have combined their expertise to form MOLA Headland Infrastructure. The consortium has been formed specifically to bid for the delivery of archaeological and heritage services to large, world-class infrastructure projects, that require large numbers of experts, programme certainty and a thorough understanding of the issues facing major construction programmes.

The consortium brings together the combined experience of MOLA and Headland Archaeology of working on large infrastructure projects such as Crossrail, Aberdeen Western Peripheral route, London Olympics Park, M74, A45, and HS1, among many others. Together the consortium has worked on linear developments totaling over 1000km. With a combined turnover of £20m and over 450 professional archaeologists based in seven offices from London to Edinburgh, MOLA Headland Infrastructure is the largest archaeological consortium in the UK with the proven ability to deliver large teams and strong regional knowledge.

MOLA Headland Infrastructure has already won its first two major contracts for nationally significant infrastructure projects: the A14 Cambridge to Huntingdon improvement scheme and Tideway in London. Following successful completion of advance site investigation works, the consortium recently began a detailed programme of targeted excavation along the length of the A14 route. On Tideway the consortium’s work includes a series of archaeological excavations, historic building recording and geoarchaeological surveys along the River Thames ahead of London’s new super sewer that will help tackle sewage discharges into the River Thames.

MOLA’s Acting CEO, Dawn Jackson, said: “Our strength as a consortium is the combination of complementary skills and an unrivalled level of multi-sector experience that has the resources to undertake large scale infrastructure projects across the UK. Most importantly, the consortium works in partnership with its clients, it is not just a supplier. We offer innovative approaches from fieldwork strategies to time-saving technologies.”

Headland Archaeology’s Managing Director, Tim Holden, said: “The consortium has over 450 leading archaeologists who understand commercial realities and can flexibly respond to the pressures of large infrastructure projects with the ability to safely deliver on time and to budget, without forgetting the importance of engaging with local businesses, communities and other stakeholders. We’re delighted that we have already been successful in winning two major archaeological contracts and we’re looking forward to extending our combined expertise and experience to other projects such as the HS2.”