A history of domestic appeal at Home Farm, Fairford 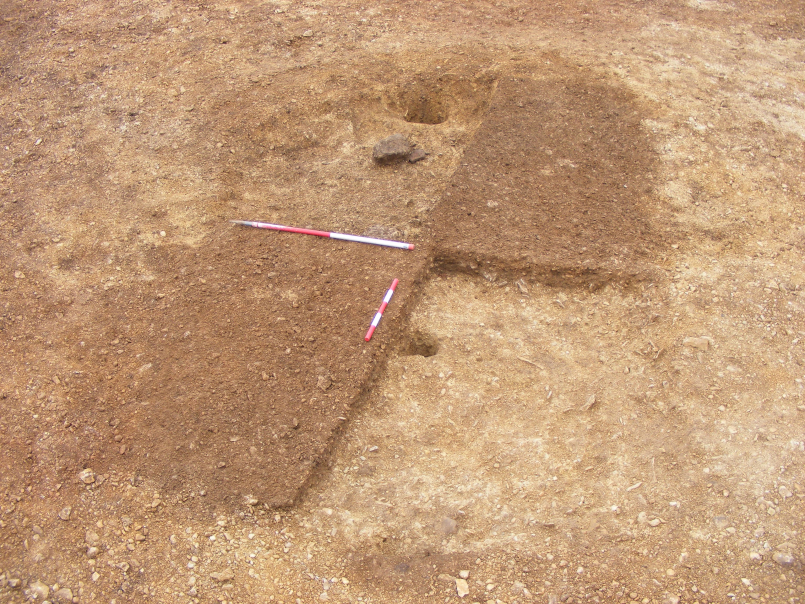 01 Jun A history of domestic appeal at Home Farm, Fairford

Choosing the right location for building your home has always been a key factor in the history of human settlement. This is as true now today as it was thousands of years ago although what we find desirable in a location has changed (being close to good schools vs having easy access to wood, water, etc). Some places are such a good spot that they have been occupied throughout human history. This is the case with some of the discoveries made by the Headland team during work at Home Farm, Fairford in 2013/14.

We were commissioned by the Environmental Dimension Partnership Ltd on behalf of Bloor Homes Ltd to undertake an open-area excavation at the site of the Fairford Gate housing development. Prior geophysical survey and trial trenching had revealed prehistoric and Anglo-Saxon remains which resulted in a condition to secure archaeological mitigation attached to planning permission.

The 4.75 ha site was excavated in two stages and identified three significant periods of archaeological activity: 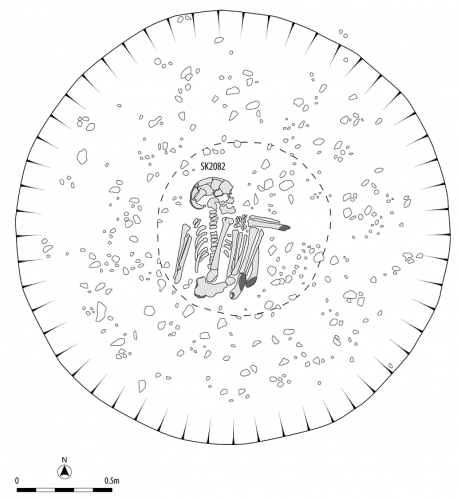 The excavation results and analysis have been recently published in Transactions of the Bristol and Gloucestershire Archaeological Society Volume 135 under the title ‘Prehistoric Burials and Anglo-Saxon Settlement on Land at Home Farm, Fairford: Excavations in 2013 and 2014’.