A Castle on the Sea: Details on Kisimul Castle, Barra 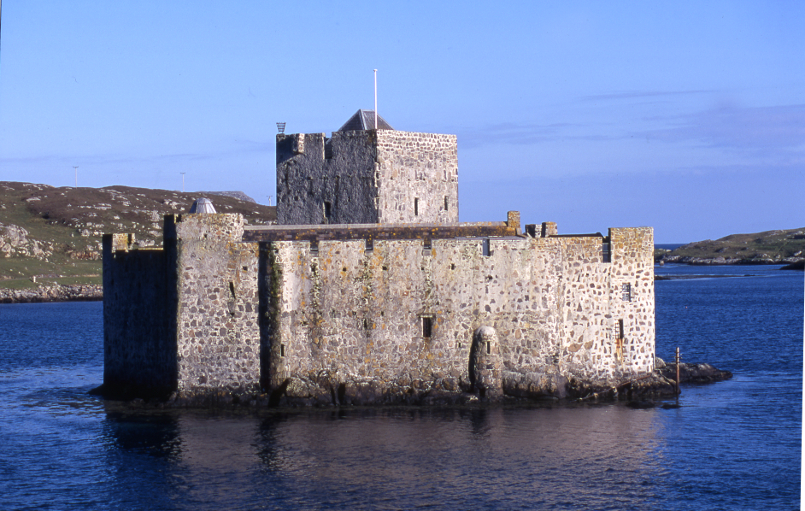 15 Dec A Castle on the Sea: Details on Kisimul Castle, Barra

Kisimul Castle is one of Scotland’s most remote castles, technically located in CastleBay, Barra in the Outer Hebrides but actually occupying a small island within the bay only accessible by boat. The history of the construction and origins of this castle are shrouded in mystery.

In an effort to learn more about Kisimul we were contracted by was Historic Scotland, now Historic Environment Scotland, to conduct a programme of excavation, building recording and archival research in 2000. The results are being published in two parts, the first of which has just been published covering the architectural and historical analysis, while part two discusses the excavation and will be released in 2018.

Kisimul itself is located deep within the area of the Gaelic speaking world, far from the centres of power in Scotland, and anything we learn about it can be further used to examine what lordship was like in that region during the medieval period. Barra itself was initially claimed by the famous MacDonald Lords of the Isles, an ownership which changed quite a few times before settling on the MacDonalds of Sleat. The stronghold was probably constructed by the MacNeills, the semi-independent lords of Barra.

The building of the castle has a variety of potential dates spanning over 400 years, based on our results it has been concluded that it is most likely to have been built in the late medieval period around the 15th century. Records make no mention of it during the reign of Robert II (1371-90), in the island descriptions in the Chronica Gentis Scotorum(1371-1387) or in the initial grant of the island of Barra to the MacNeills from 1427. This lack of evidence tells us much since presumably Kisimul would have been mentioned if it existed during those times. It is first referenced in 1549, where it is featured in a description of the Hebridean islands by Donald Munro.

The remoteness of the castle and the strength of its fortifications are mentioned numerous times in the historical records and these particular features suit the known raiding lifestyle of the MacNeill chiefs, specifically one Ruairi MacNeill known as ‘the best seafaring warrior in the Islands’.

The original castle likely consisted of the tower, a curtain wall, a prison tower, great hall, kitchen, and chapel with renovations and extensions continuing into the 16th and 17th centuries.  The great hall would have been for public ceremonies while the tower was reserved for the private residence of the laird, a formula seen reflected all over Europe during this time.

As a part of the publication the late Bruce Walker made some reconstruction illustrations of the castle based on our survey, excavations, early photographs and previous surveys of the building. However all this evidence is inconclusive about one thing; whether or not there were hoardings on the curtain wall and tower. Hoardings are covered wooden gallery affixed to walls or tower as a part of castle defences, if the wood has not survived their presence is usually identified by ‘putlog holes’, which are sockets in the masonry for beams. At Kisimul the putlog holes are not level with the wall walk as would be expected however this particular building trend was going out of fashion at the time when we think Kisimul was built. Therefore it is thought that they had a more decorative function as providing extra space for people to walk and exercise in a castle where its very location meant that space for such activities was limited. The reconstruction drawings have been made to replicate how the castle would have looked with intact hoardings in place. 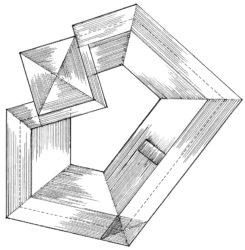 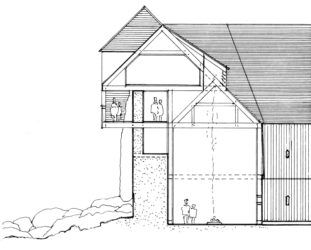 Section through the curtain wall and hall 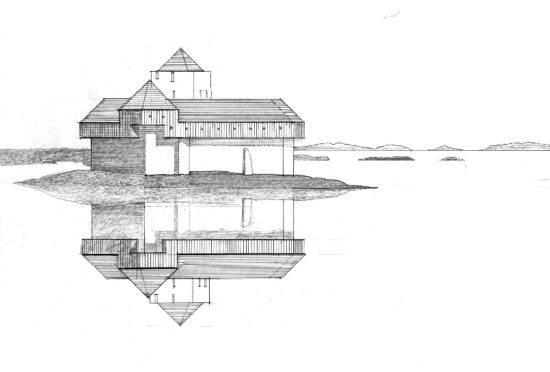 The castle from the north

Unfortunately a fire devastated the castle in 1795 and the MacNeills sold it in 1837; after this is it was used as quarry for building materials and ships ballast, causing much damage to the castle fabric. Clan MacNeil bought it back in 1937 and it has now been restored and leased into the guardianship of Historic Environment Scotland.

If you would like to learn more about the results of our work at Kisimul part one of our results has been published in the Proceedings of the Society of Antiquaries of Scotland.