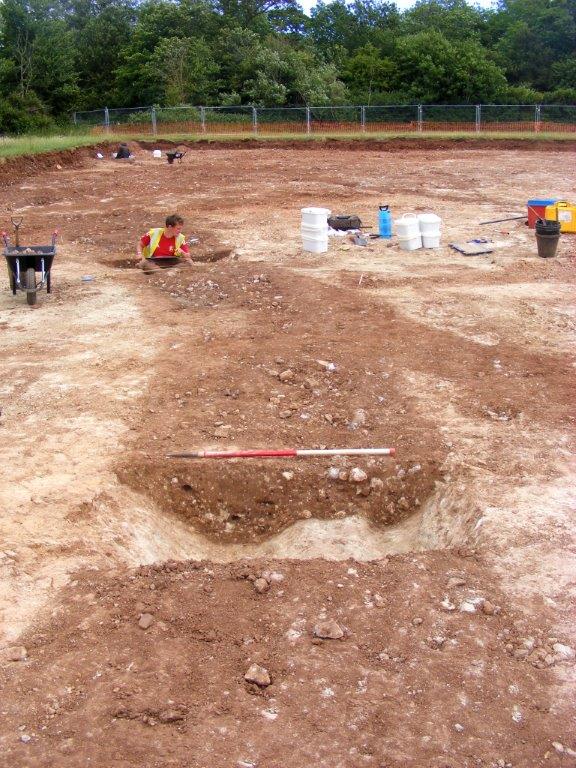 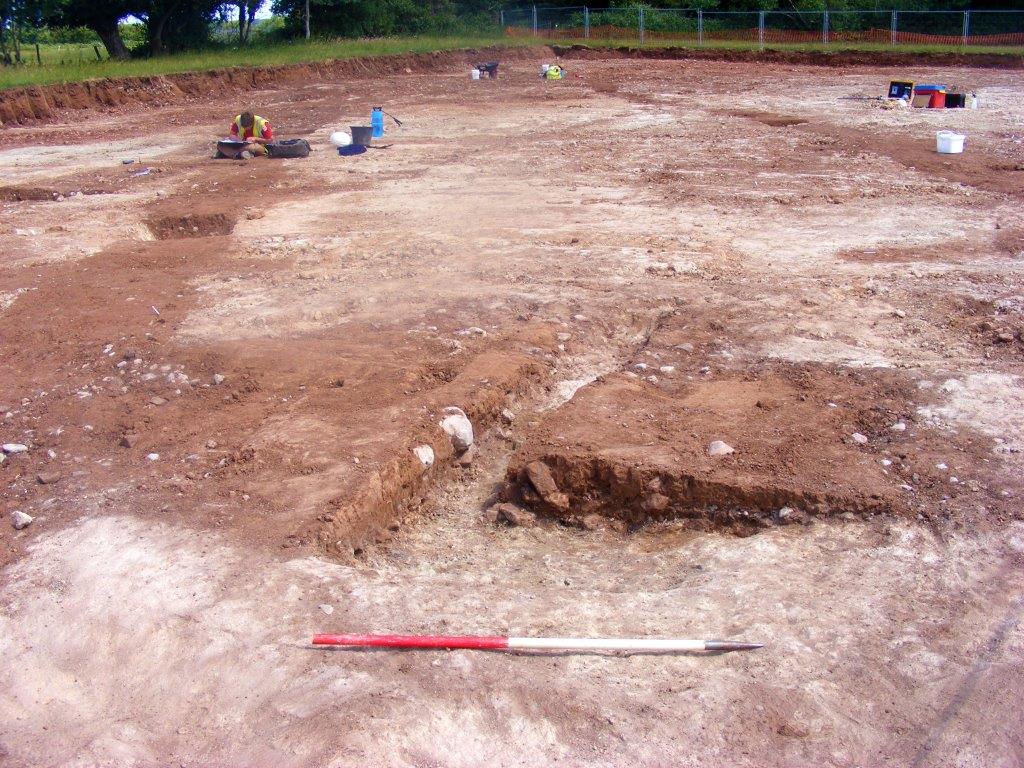 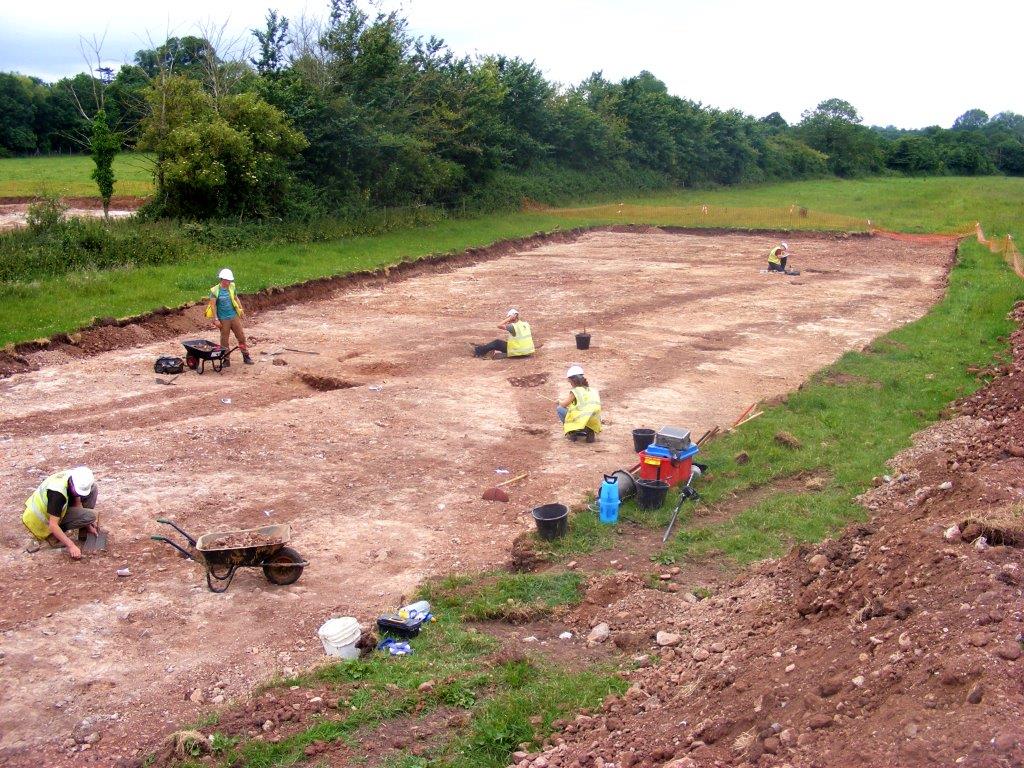 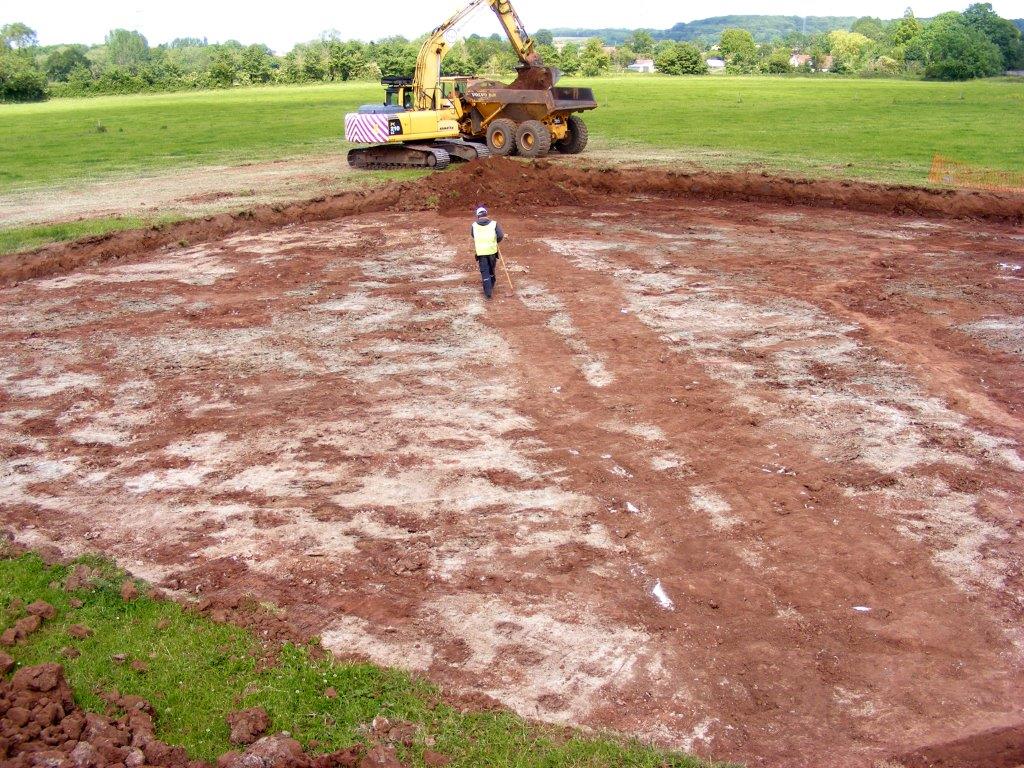 Housing developments require tight programming and good communication with the client and other subcontractors involved in the project.

Headland was engaged to excavate archaeological features in seven targeted areas of the development to a scheme designed by the client’s consultants, CgMs. The key street-frontage area of the development had to be cleared first in order to allow construction of the site access and show home, so the developer could start marketing its properties. Other areas required reinstatement following excavation so that they could be returned to agricultural use in the short term.
A small area of Romano-British activity was concentrated in one mitigation area, dating to the early years of the Roman conquest (AD43). It mainly consisted of shallow ditches forming small enclosures. Although no building remains were found, it is likely that people were living there or nearby because of the presence of domestic waste in the form of animal bone, burnt material and pottery sherds, as well as a single 1st century brooch and a copper alloy finger ring. The site may have been related to one or other of the two massive boundary ditches which crossed the entire development area. Each ditch appeared to have been associated with a bank along one edge, and would originally have been significant landscape divisions in the late Iron Age and Romano-British periods.
Post-excavation work is currently in progress by our in-house specialists; a publication will be produced following a further phase of fieldwork.