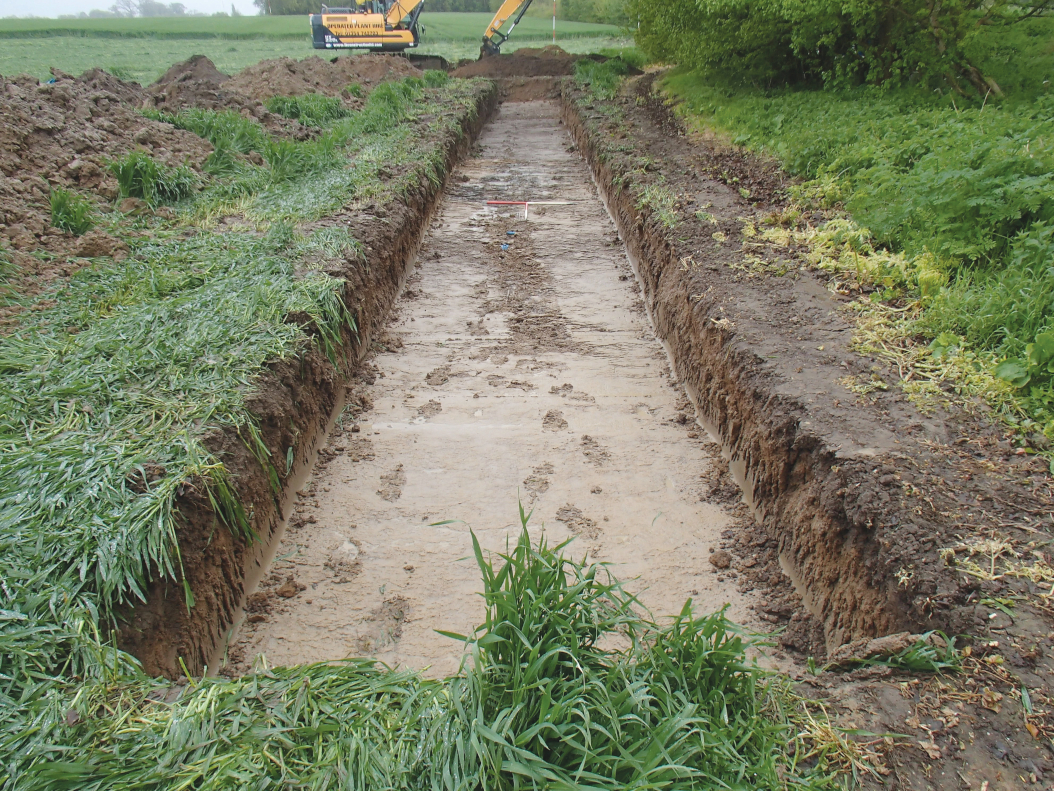 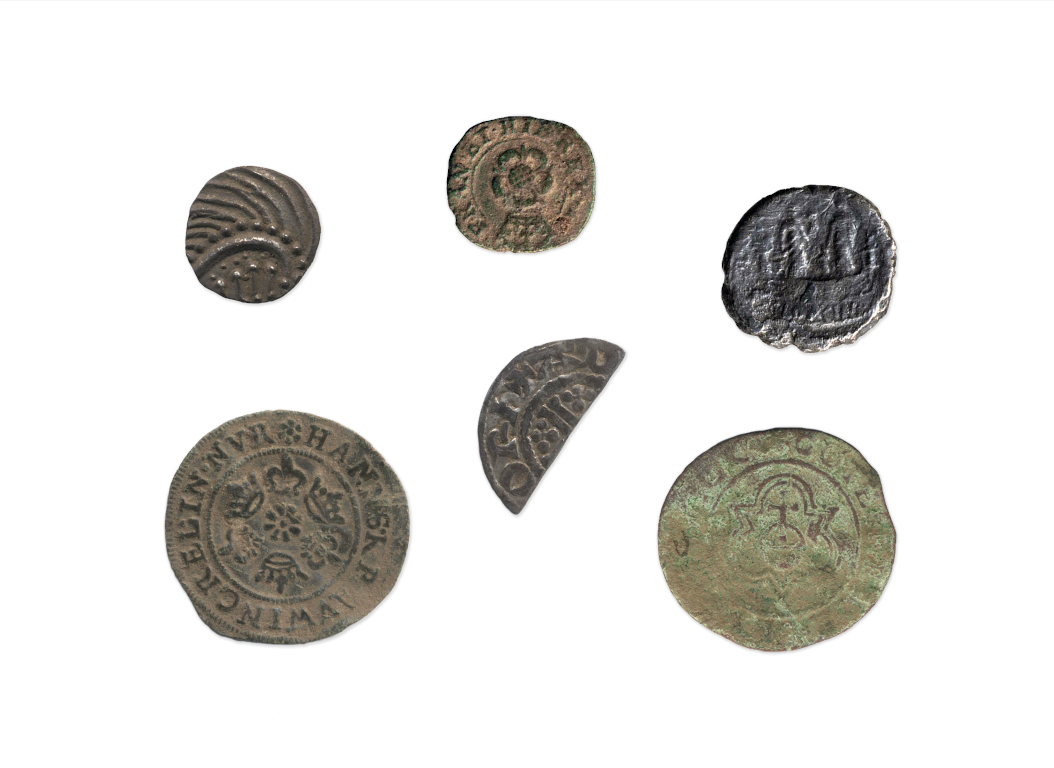 Balancing a set of challenges was the key to this successful project as high voltage power lines had to be navigated safely on the way to trenches cut into complex colluvial geology. The addition of a metal detectorist to the team effectively recovered a plethora of metal finds and a geoarchaeologist was utilised to help fully understand the sedimentary sequences.

In May 2018 the Archaeology Collective, on behalf of CEMEX UK, commissioned Headland to conduct an archaeological programme of works on a 13ha site just outside Bramford in Suffolk in advance of a residential development. A previous desk-based assessment had highlighted archaeological and heritage assets within and surrounding the proposed development area. The site was considered to have high potential for human burials, artefacts and structural remains relating to later prehistoric burial mounds as well as medium potential for prehistoric and/or medieval field systems.

Before fieldwork could begin the trench plan had to be designed and appropriate health and safety measures for plant had to be set up around constraints imposed by the high voltage power lines that crossed the site. The extent of the colluvium soil on site meant that there was little consistency in the appearance of trenches and occasionally deeper trenches meant that further health and safety concerns had to be managed. During a walkover survey focusing on the geoarchaeology qualitative notes were made of the deposits, the site topography and the sedimentary sequences of key trenches. This assessment established that post-Roman to modern cultivation had led to the widespread deposition of deep colluvium in the centre, north-eastern and eastern parts of the site.

The subsequent evaluation identified the geophysical anomalies and field boundaries as well as a possible Bronze Age ring-ditch and pits, ditches and a field-system of possible Anglo-Saxon or medieval date. The earliest finds consisted of a high concentration of lithics in one trench, with evidence for knapping activity. The majority of the artefactual material was of early Saxon date, with most of the pottery and a brooch pointing towards a date in the 6th century AD.

Metal-detector searches took place at all stages of the evaluation, prior to and after topsoil stripping, as well as the spoil heaps themselves and the excavated trench bases. Several coins of varying dates were retrieved including a Saxon Sceat (spot-dated to 695-740AD) in very good condition and a Roman silver denarius dating to 42BC featuring the bust of Sol on one side and a shrine of Venus Cloacina on the reverse. Subsequent activity was represented by a middle Saxon coin roughly dated to the 8th century, a small collection of 11th– or 12th-century pottery, and two medieval coins.

This project was a significant opportunity to identify archaeology from an extended period of the past that was previously unknown in an area that is being rapidly developed. The multi-faceted methodology and good balancing with the health and safety challenges made this a successful project all round.