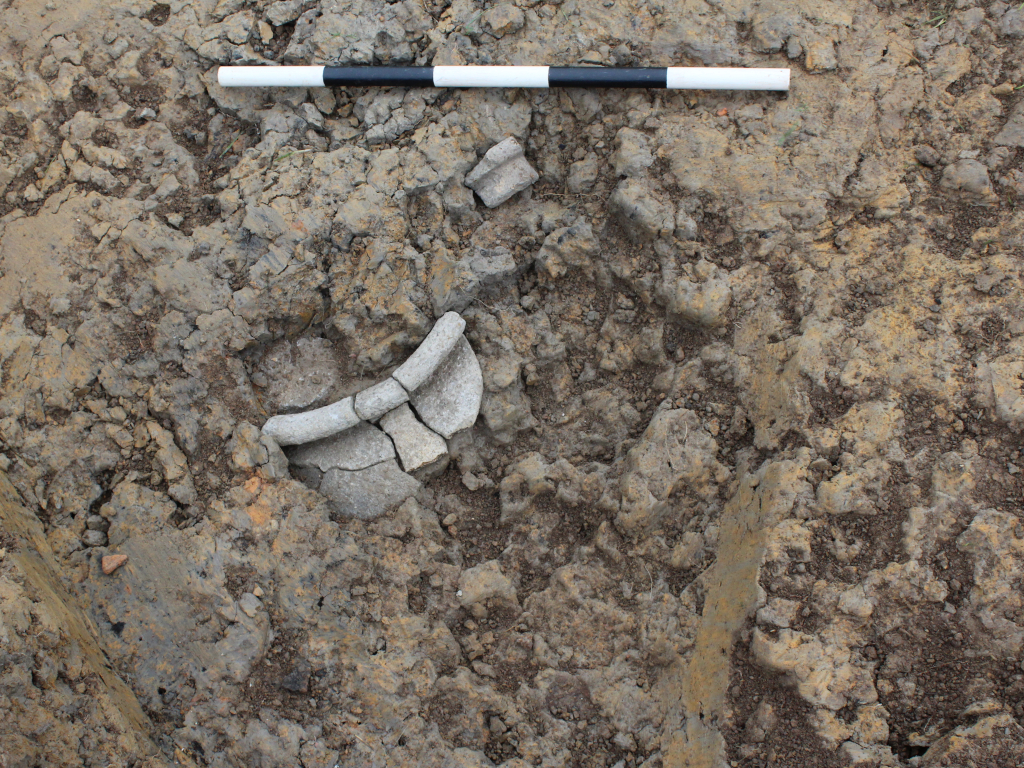 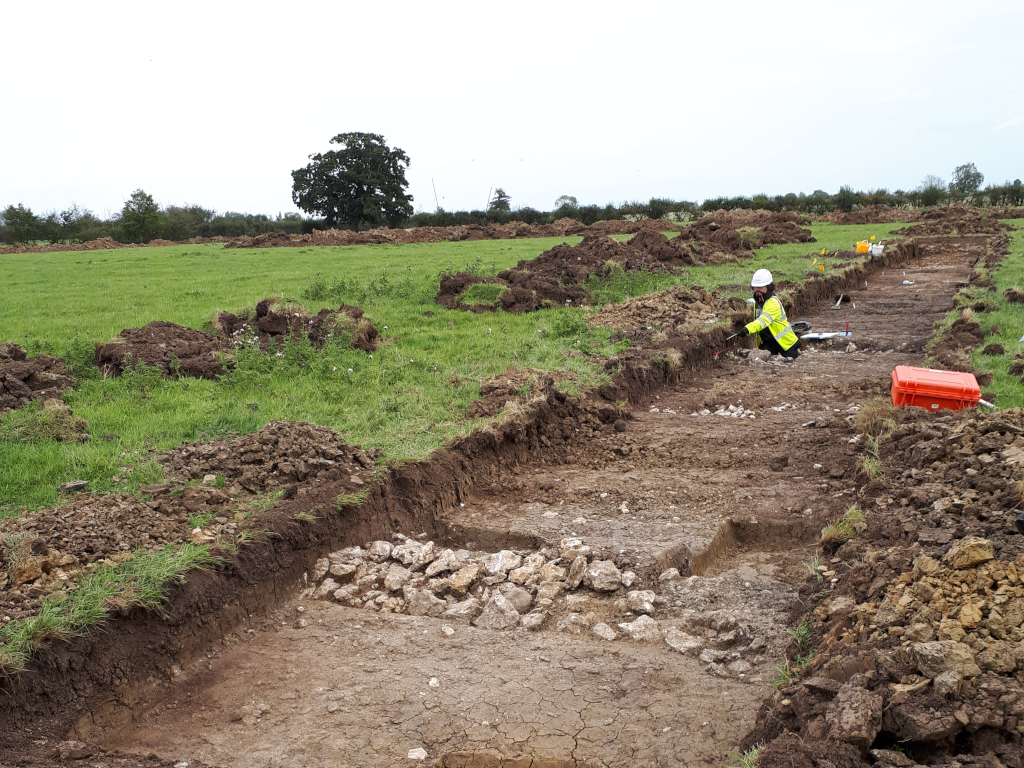 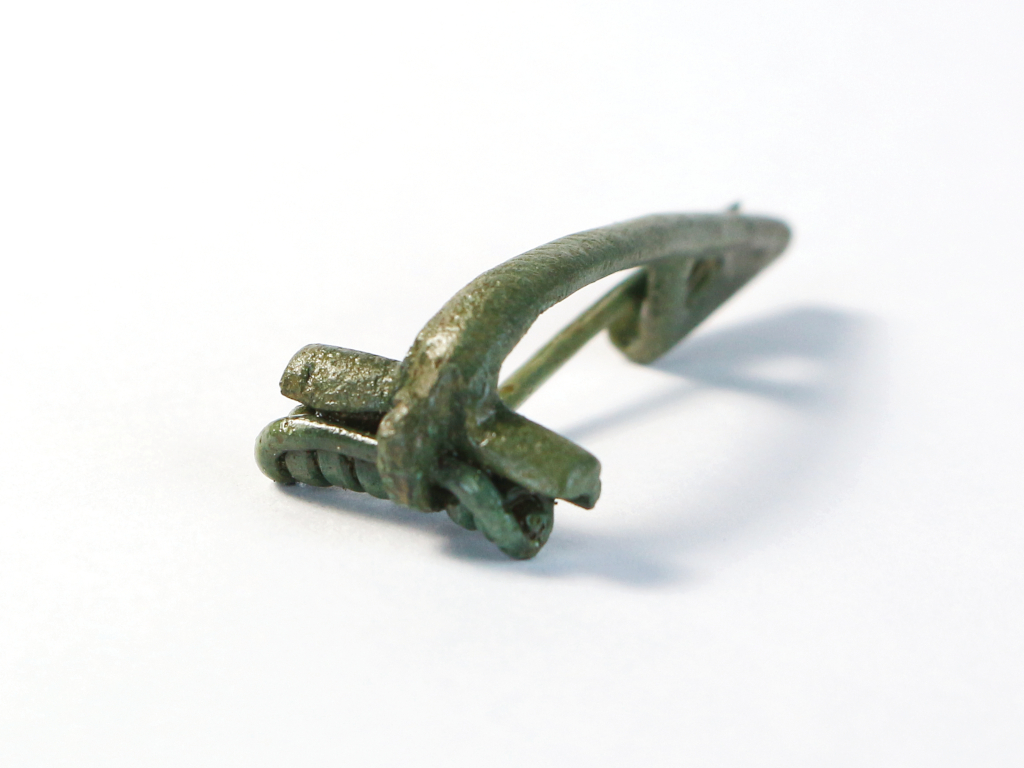 This project was part of a suite of advance works along the western edge of the broader Swindon New Eastern Villages Scheme. Geophysics and trial trenching across the site revealed evidence of prehistoric and Roman activity, including the remains of a stone-built Roman structure.

The 28 ha site formed one of several projects commissioned by Capital Land Strategic Projects on land to the east of Swindon, Wiltshire.  The scope of the works included geophysics and trial trenching in advance of applications for planning permission.

As anticipated, the site revealed some continuation of both prehistoric and Romano-British activity from surrounding areas, along with the remains of a slightly more unexpected small stone-built Romano-British building, identified in the geophysical survey as small rectilinear anomalies.

Evidence of prehistoric activity came in the form of a single Neolithic leaf-shaped flint arrowhead and the earliest pottery was dated to the Late Bronze Age or Early Iron Age.

A wealth of Romano-British pottery, dating from the second to fourth centuries AD, was recovered from various features, but by far the greatest concentration was from two individual trenches. The first contained a group of ditches and pits, and was located toward the southern limit of the site, near to the bank of the River Cole. The second trench contained the stone structure which appeared to comprise a number of individual bays. Numerous finds were recovered from these, including ten copper alloy coins, glasswork including beads and a gaming piece and a surprisingly well-preserved two-piece Colchester ‘B’ type brooch, dating from the mid-first to second century AD.