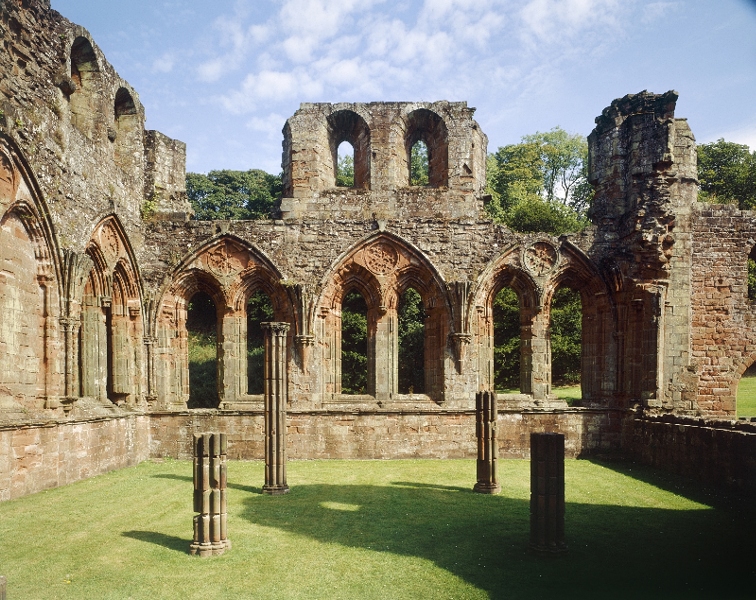 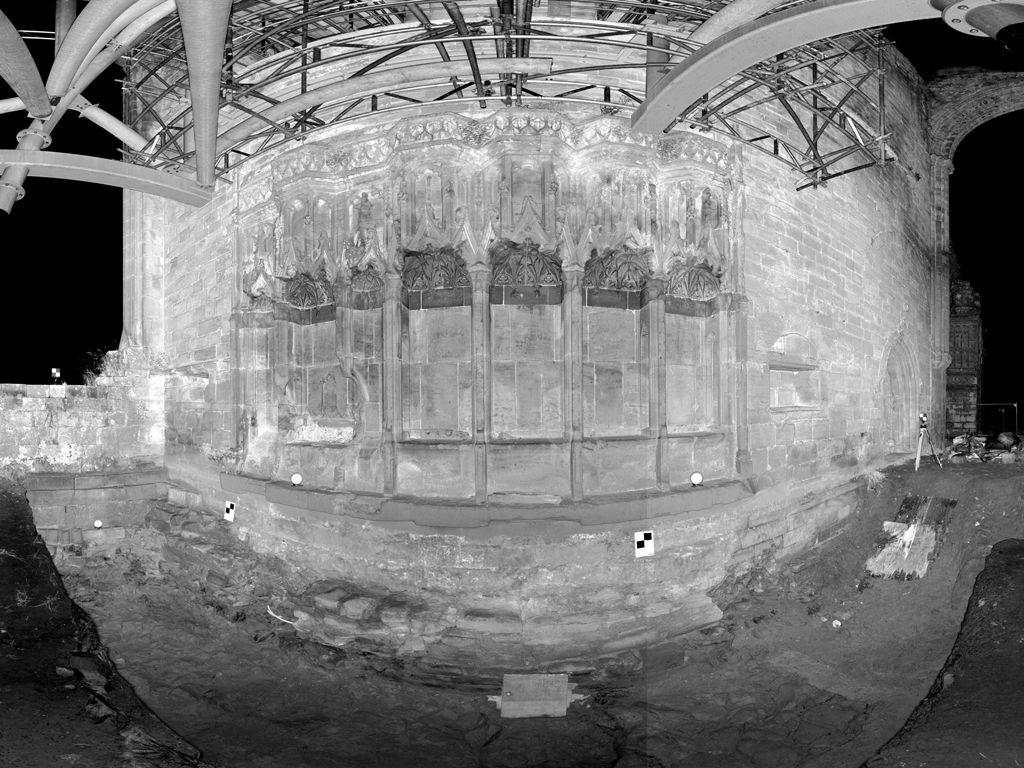 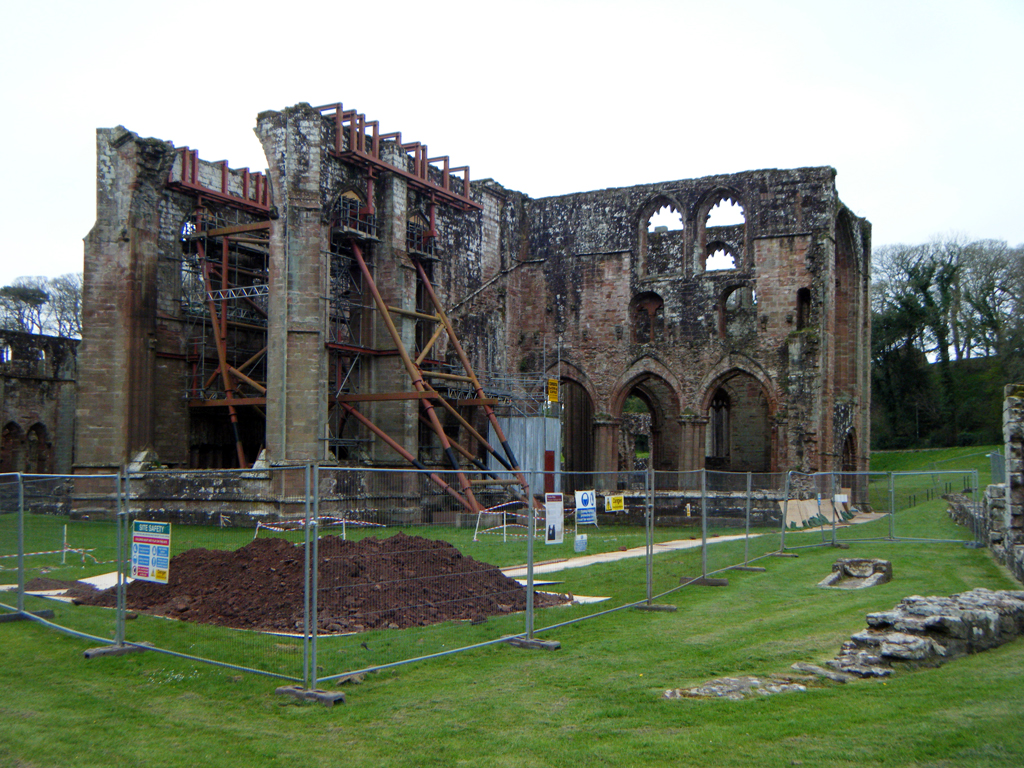 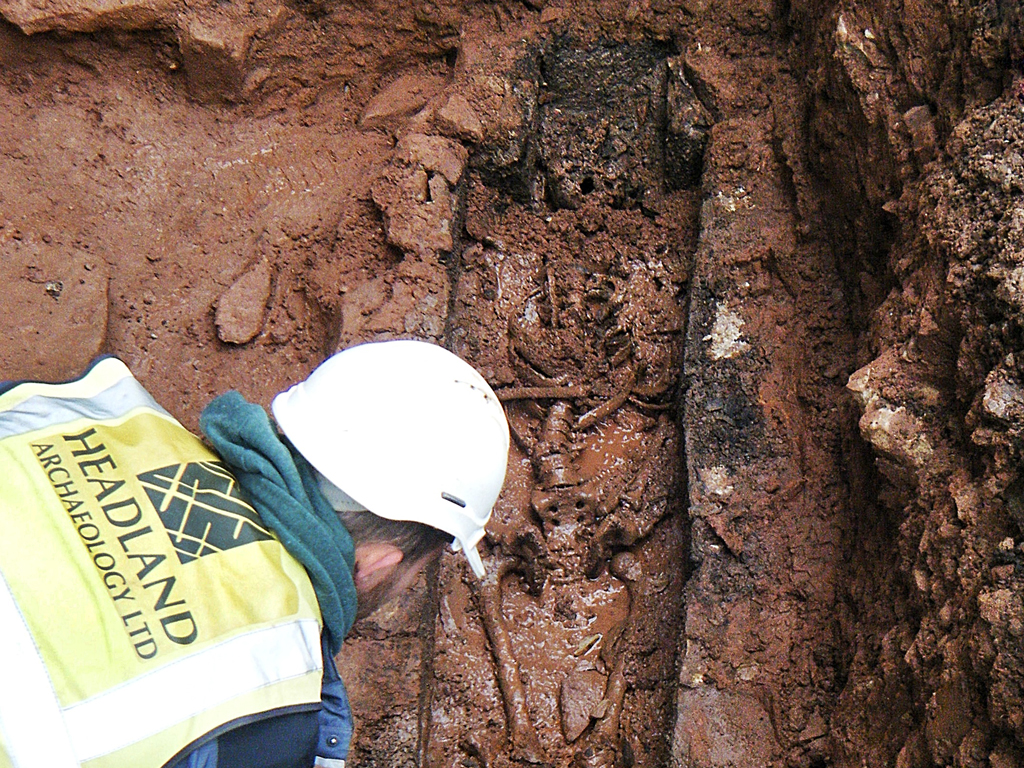 Many of our projects are long running, requiring us to retain key staff and to carefully plan our resources to provide continuity.

Headland has recently completed the third phase of archaeological works at Furness Abbey for English Heritage. The works have been carried out over several years as part of a complex scheme of underpinning and essential repairs to the monument. Furness Abbey is one of English Heritage’s major properties in the north-west of England, comprising the impressive remains of an abbey founded in the 12th century. English Heritage is carrying out emergency conservation work to stop the ruined Abbey church sinking into the soft ground.

Furness Abbey was founded in 1127 by monks of the Benedictine Order of Savigny. Later on, the Savigniac Order was merged with the Cistercian Order. The church has a typical cruciform plan with the presbytery at the east end containing the high altar and other significant features related to the celebration of the mass such as the sedilia, the piscine and an aumbry for storage, and the north and south transepts forming the two arms of the cross. The walls of the presbytery and the transepts mostly survive to their full height. Furness was the first major monastery to be suppressed during the Dissolution in 1537. The buildings were rapidly stripped of their roofs and dismantled.

Since 2011 Headland has been undertaken excavations within the presbytery and the sacristy as main contractors as well as subsequently monitoring the work of the underpinning contractors. The results of the various phases of archaeological works included evidence of the earliest phase of construction of the apsidal Savigniac church as well as the timber raft Cistercian foundations. In addition, a number of burials were also recorded and excavated both within and outside the sacristy and the presbytery.

Essentially the scheme was a complex engineering project, with all the issues of underpinning a standing building, compounded by the special requirements of a monument of national importance with statutory protections attached. Given the fluid and dynamic nature of the works, a key element of our role was the coordination of the various specialists who responded rapidly to variations in the scope. This required us to scale up the field team, often at short notice as and when necessary, so that the project ran smoothly and without delay to the overall programme.

Projects such as Furness Abbey provide us with the chance to utilise the full suite of our in-house survey capabilities; from traditional measured drawing to EDM digital survey, laser-scanning and photogrammetry. Reflecting our ethos of providing the best service and value for clients, we are now making a real investment in technologies such as photogrammetry as a new service – a faster, cheaper alternative to standard building recording techniques.