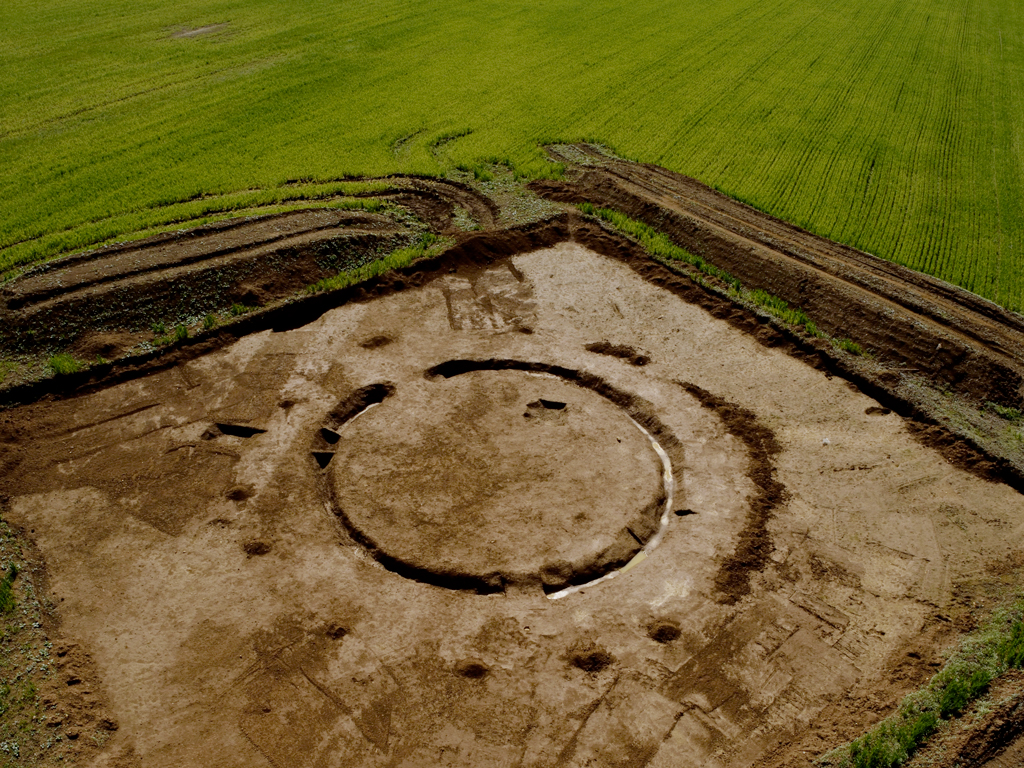 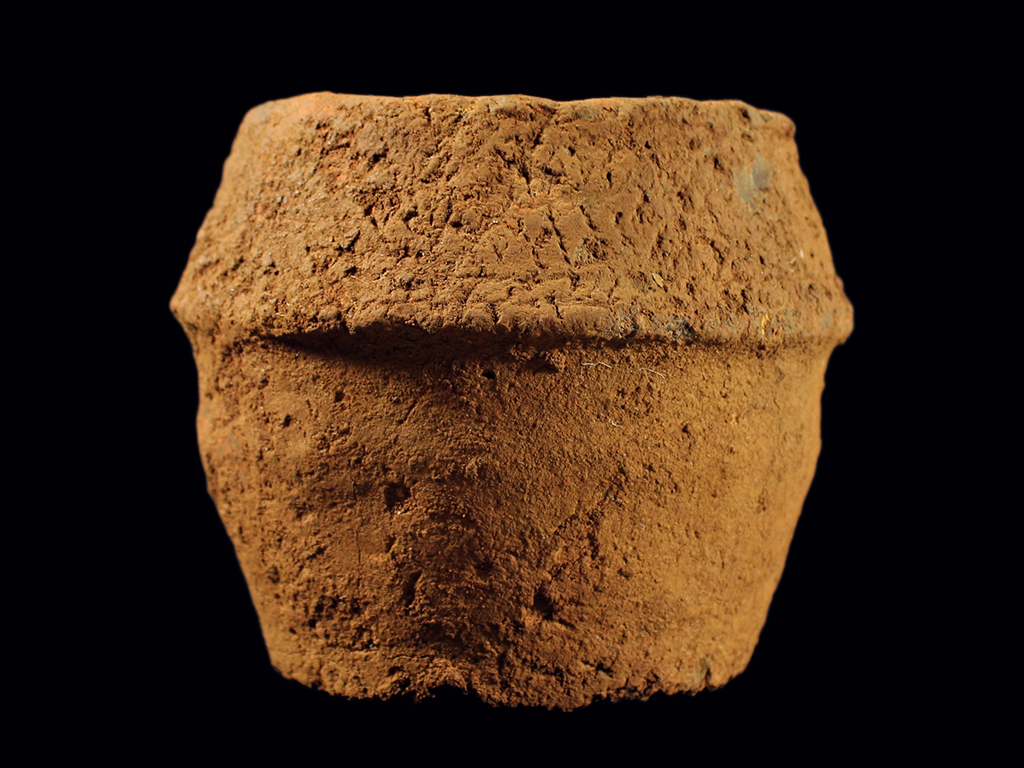 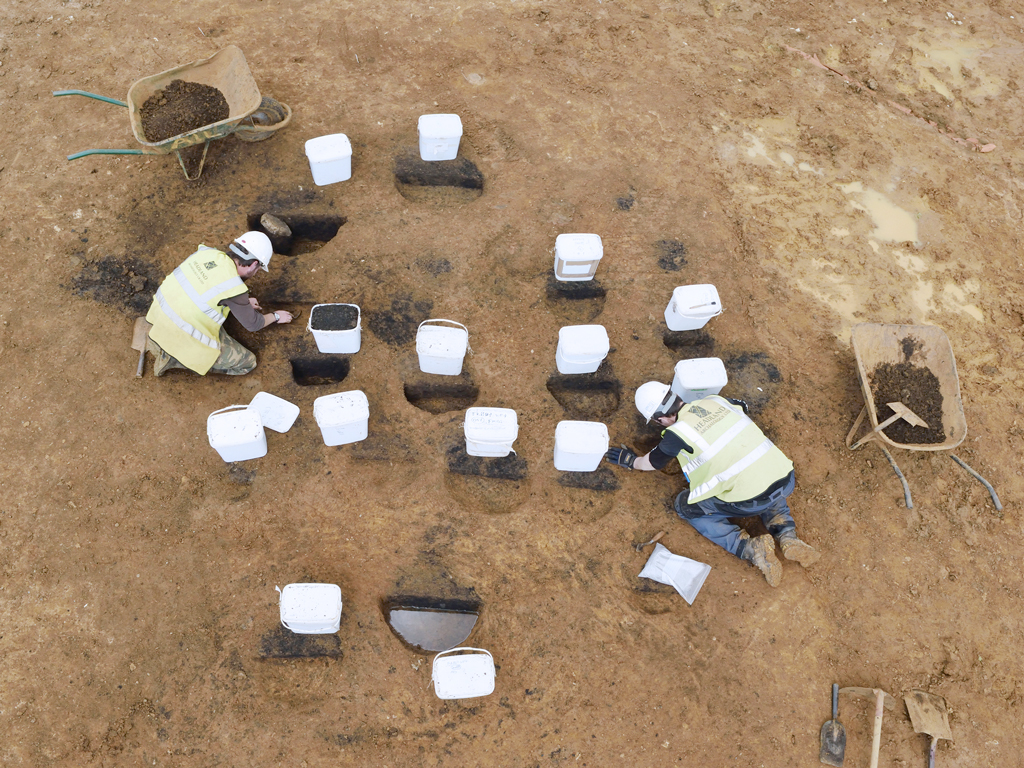 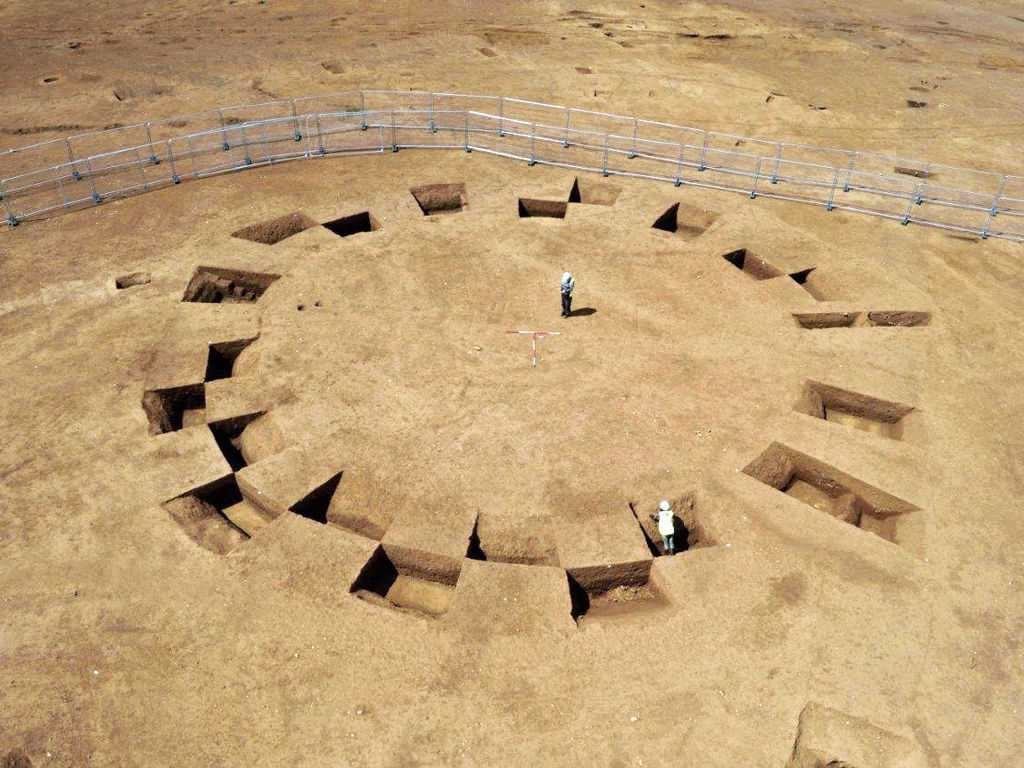 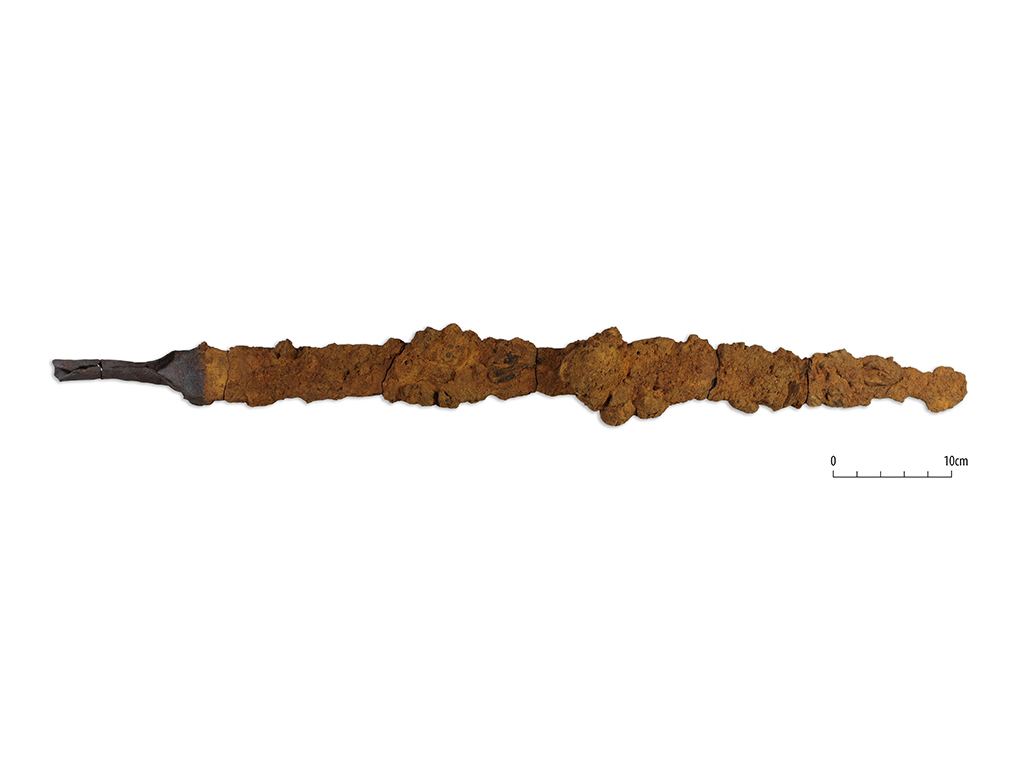 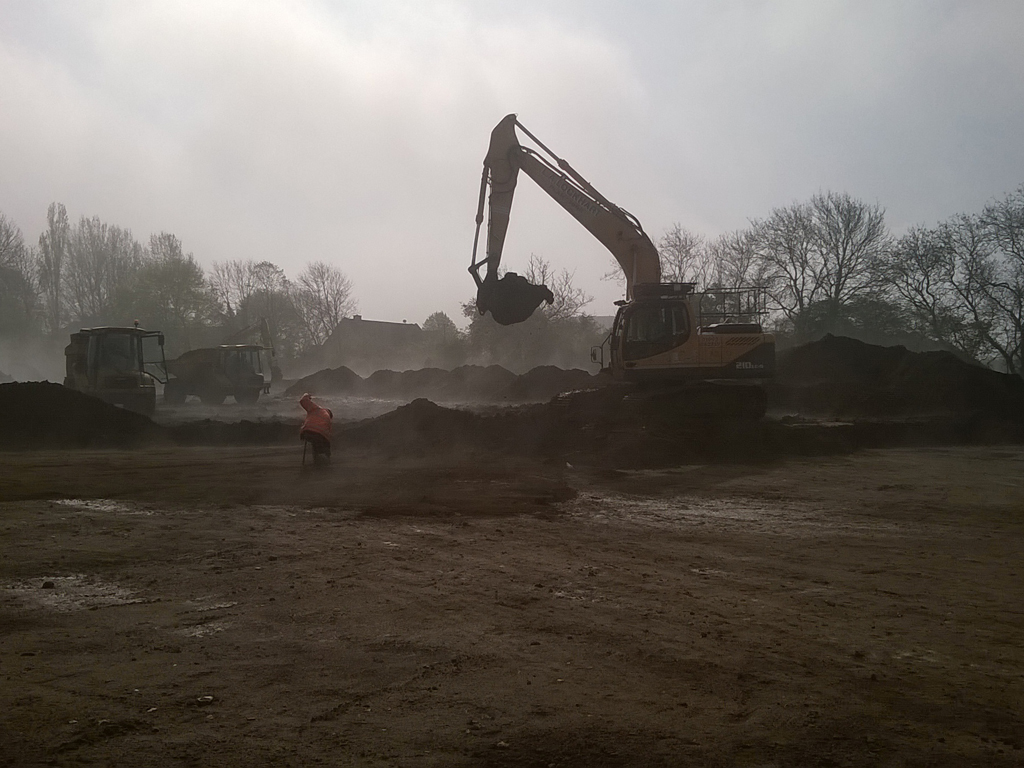 Archaeological works are often the first ground-breaking works to take place within a construction site. As the first public representation of a commercial development project it is important that our works are carried out professionally and sensitively.

Finds include loom weights, Beaker pottery and a miniature Collared Urn. The most notable find was an Iron Age sword-shaped currency bar. Used as trading currency in later prehistory, they can be found as single items or in hoards. They were commonly deposited as acts of ritual, either in hoards placed in the ramparts of hillforts or in boundary ditches around settlements. The Commonhead currency bar was found in a small ring-ditch.

As Main Contractor, Headland regularly undertakes large earthwork contracts as part of our services to developers. At Commonhead, this involved stripping and stockpiling spoil from 4.5ha of ground, fencing the extents of the site and creating compounds for ourselves and the sub-contractors. A public right of way also ran through the middle of the site which needed to be maintained, whilst restricting public access to the site. Access for authorised staff and plant also needed to be controlled, all of which presented a challenge. Headland’s solution was to provide fenced walkways with designated crossing points. Formal procedures were put in place for staff and plant.