Headland have added another monograph to our publication roster! ‘Worcester Magistrates Court: Excavation of Romano-British homes and industry at Castle Street’ details the results of archaeological excavations on the periphery of the Roman ‘small town’ at Worcester which revealed extensive evidence for timber-framed buildings, probably representing the lower status homes of some of the settlement’s inhabitants.

Major changes during the later Roman period led to much of the site being levelled and a series of gravel and cobbled surfaces being laid out. Several new structures were then built in this area, including a substantial post-built rectangular building, together defining a courtyard associated with a number of hearths, thought to be part of a smithy complex, one of the few possible examples of Romano-British smithies investigated in a ‘small town’. It may even have formed one element of a wider ‘light industrial’ zone of the settlement, with evidence for pottery production and other metalworking in the vicinity. 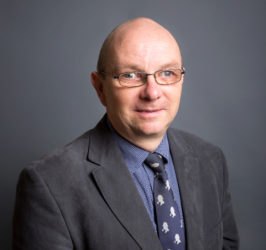 The book’s author, Andy Boucher, is our Head of Commercial Operations; he has been working as a commercial archaeologist since 1986. This volume presents the results of his team’s work at the Magistrates Court which includes a very detailed and well-illustrated pottery analysis, and places the site in the context of an increasing archaeological understanding of Roman Worcester.

If you are interested in purchasing the volume you can do so here: