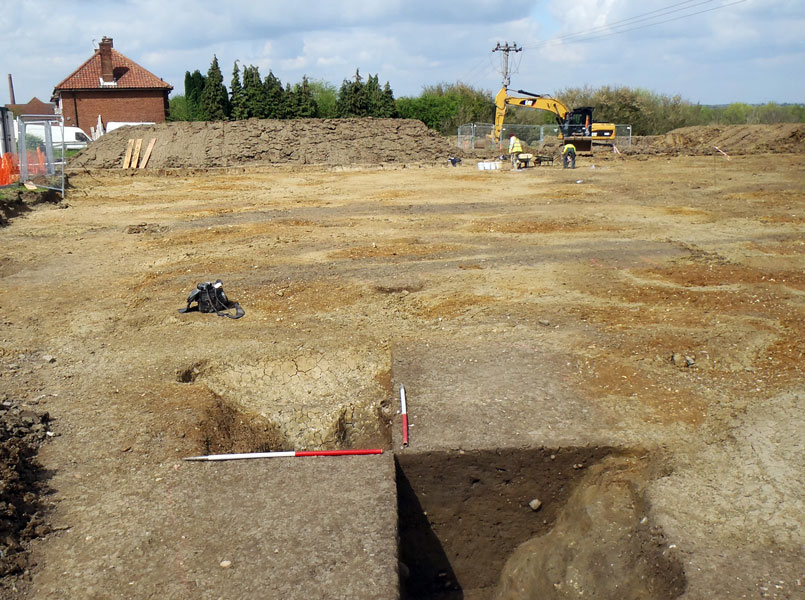 Over the last few months, Headland Archaeology has been involved in several phases of archaeological investigations on land near Stewartby, Bedfordshire. The work has been commissioned by O&H Properties Ltd who are developing the area in preparation for the construction of residential and commercial property as well as community facilities. The work has involved careful management of the various phases of work, and close communication with both Bedfordshire Borough Council and Central Bedfordshire Council.

What has been found so far?
Investigations in advance of the development in Stewartby kicked off with an evaluation phase; 10,400 linear meters were investigated through trial trenching. These initial explorations revealed evidence of an Iron Age settlement in the southern part of the Development Area. Remains associated with a medieval farming settlement in the northern part were also discovered. Both settlements have so far divulged a high quantity of datable pottery. Activities such as butchery and tanning, as well as evidence of diet, can be inferred from faunal remains unearthed at the site.

The result of the evaluation has been used to focus mitigation work. Areas for excavation have been agreed with Bedford Borough and work began at the start of December 2013. Late January 2014 sees us opening up the area around the Iron Age settlement. We will update you on our findings there soon!