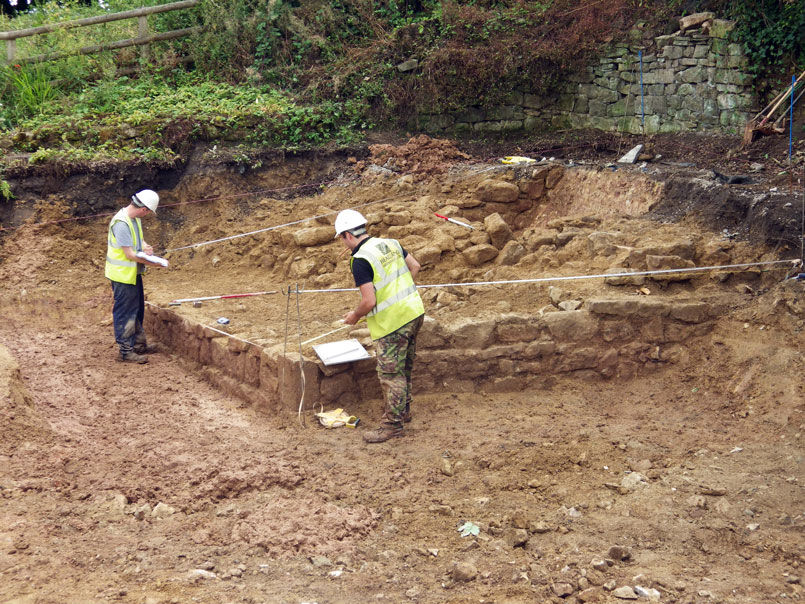 During works to replace class rooms at English Bicknor Primary School significant structural remains of a stone castle were uncovered.

Gloucestershire County Council, Headland Archaeology and English Heritage were working together on the project at the school when a 2m high tower base was discovered in the moat of the castle. Up until that point English Bicknor castle was believed to be a motte and bailey design

Andy Boucher, Regional Manager at Headland Archaeology said “This is a very exciting discovery. It shows this was in fact a keep and bailey castle which are usually very early in date. In this case it seems to have had a gatehouse keep, and the remains we found could have been the base of one of two towers flanking the gate.“

“The main contractor for the work, Pod Space, were able to come up with a design that will preserve these nationally significant remains.”

It is known that William fitzNorman (born in the Forest of Dean prior to the conquest) was lord of the manor here in 1086 and this may have been his castle.

The story was well received in the local press and was published in several newspapers.