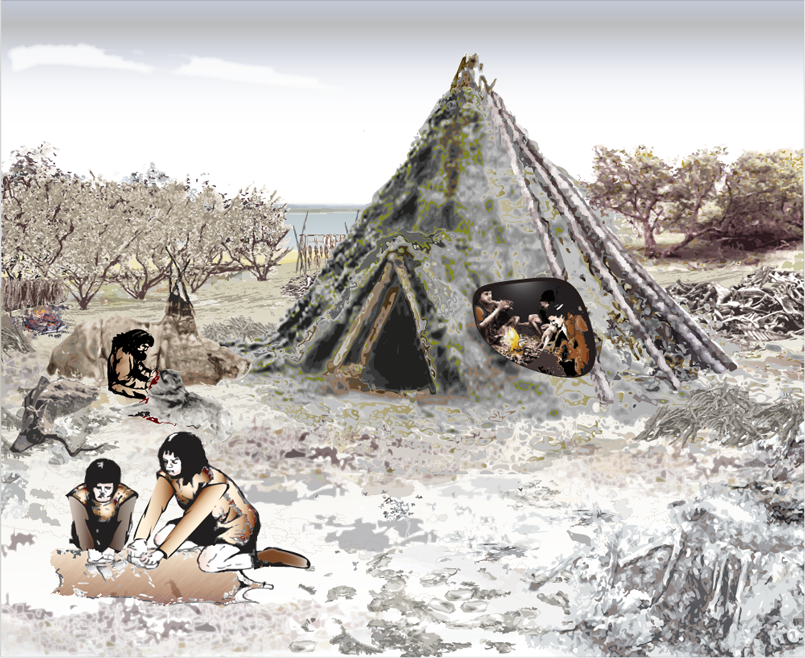 Headland is currently in the process of undertaking a post-excavation analysis and publication of a multi-period site excavated by Headland in 2011 as part of the advance archaeological works for the Forth Replacement Crossing. In conjunction with the presentation of the initial results of the post excavation works at this year’s Lothian and Borders Archaeological Conference by Headland’s project manager Eddie Bailey, Transport Scotland released a press release on the results.

The results of the post-excavation work’s have identified that a structure interpreted as a ‘house’ was occupied around 8300 BC, during the Mesolithic; making it the earliest structure of its type recorded in Scotland.

Measuring approximately seven metres in length the structure was oval in shape and cut into the hillside. Within the structure over 1000 lithic artefacts were recovered along with charred hazelnut shells, and burnt bone including the bones of wild boar, possible red and roe deer and significantly the foot bones from a canid, probably a wolf. This suggests that people of the Mesolithic may have been using pelts for clothing or to line the floor/walls of the structure for warmth.

Probably built of timber and turf, it is likely the structure was semi-permanent and occupied during the winter months, its coastal location making it ideal for the exploitation of marine resources.

To see more illustrations from this project, check out our Behance portfolio