Congratulations to our client Baywa.re Renewable Energy on the opening of Vine Farm Solar Park, Cambridgeshire 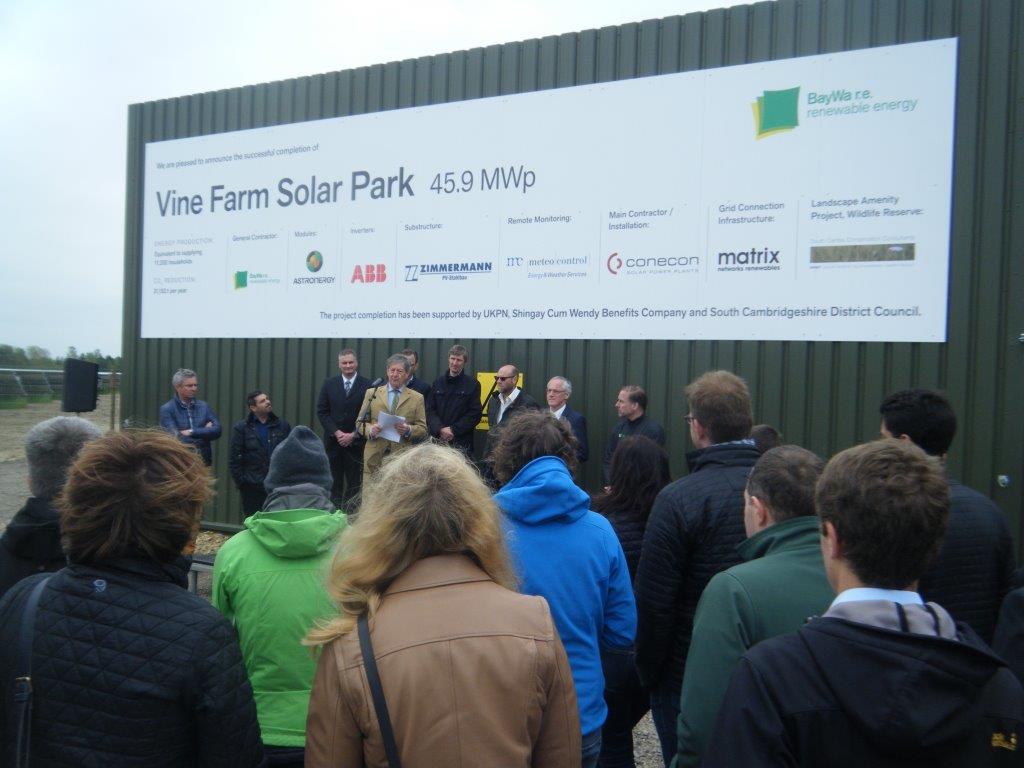 16 May Congratulations to our client Baywa.re Renewable Energy on the opening of Vine Farm Solar Park, Cambridgeshire

We were very pleased to attend the official opening of the Vine Farm Solar Park in Cambridgeshire, given our long-term involvement in the project’s enabling works. Vine Farm, one of the biggest solar parks in the UK, is owned by Baywa.re Renewable Energy, who having built the park, will now operate and maintain the site over the coming decades.

Headland has been involved in the project from the beginning of the planning process. We completed the final phase of archaeological mitigation at the end of 2015. During the evaluation and subsequent mitigation stages a substantial Romano-British landscape has been recorded. However, the most significant mitigation measure (designed with LDA, the client and in collaboration with the planning authority) was the preservation in situ of the majority of the archaeological remains. Three settlement areas were uncovered, all connected by trackways, located within 1km of Ermine Street, the main Roman road from London through the region to Lincoln. Significant elements of each of the settlements were excavated and recorded and the results of each phase are now the subject of further analysis and publication. This will add to the growing corpus on Roman archaeology in East Anglia.

The results of the archaeological investigations will be presented on interpretive panels that will be located within the nature park, that has already been integrated into the solar park, as a means of embedding the development into the fabric and daily lives of the local community in Cambridgeshire.

You can read more about the project here