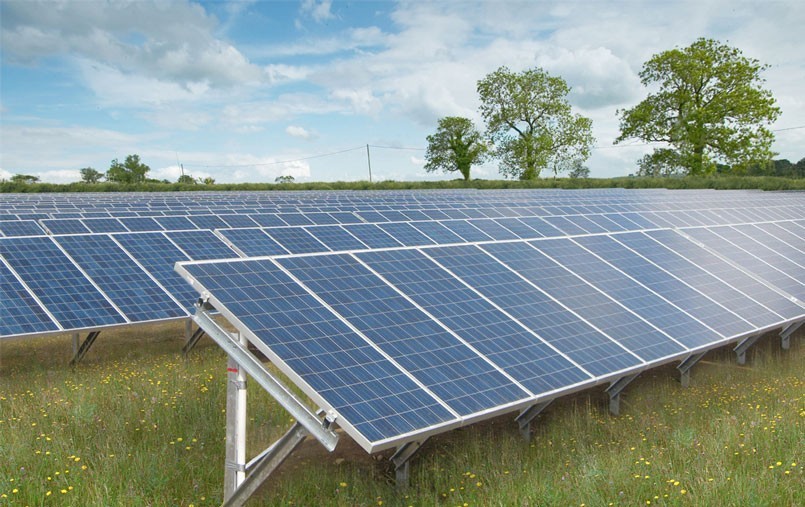 We are proud to have worked with LDA Design on another successful application. On this occasion the proposal was for a large solar PV Farm in Cambridgeshire. This important new renewable energy scheme will cover 88ha. It lies on the claylands west of Cambridge, in a landscape known for its dispersed Iron Age/Roman settlements; large clay ditches marking the boundary of the Iron Age sites and distinctive ladder enclosures often reflecting a different settlement pattern in the Roman period. Roman Ermine Street cut across local field systems to the immediate east of our site and its name derives from the Anglo-Saxon period, during which villages were established and recorded in this area. All of these elements were considered as they affected the below ground archaeological potential of the site. Above ground (setting) issues were also considered with a nearby WWII airfield (from which the famous Memphis Belle bomber flew), registered parks and medieval moated sites needing attention.

Our team of consultants worked closely with the development team to spot these assets early, weigh up their significance, recognise potential impacts and help the proposal move and change to one which reduced impact. The development team responded positively, making their own suggestions, informed by experience and a desire to enable development in a considerate way. By so doing the most sensitive archaeological remains will be preserved in situ, while above ground impacts have been mitigated by design and by screening. This project showcases the way in which we would always seek to work, getting in early and influencing designs with a team who want to balance our heritage with a need to develop for the future.