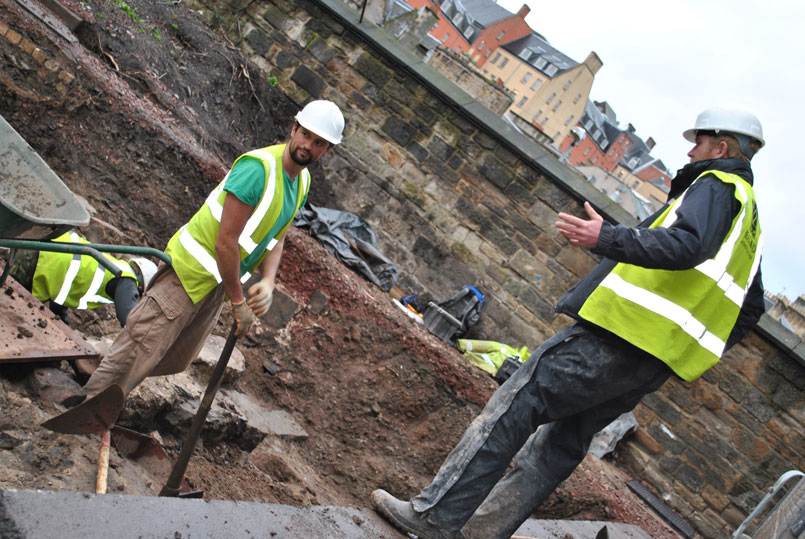 The Edinburgh Centre for Carbon Innovation (ECCI) opened its doors on the 8th of October. We were delighted to attend the event which was officially opened by The Princess Royal, Edinburgh University’s chancellor. Our own Ross Murray who directed the excavations gave a short presentation on the results of the archaeological investigations.

The centre is housed in Edinburgh’s historic Old High School in High School Yards which sits on the site of a 13th Century Blackfriars Monastery. Headland provided archaeological services to the ECCI in advance of the installation of a water catchment system. The fascinating discoveries included nearly 100 skeletons; one of which was a suspected nobleman. The team is currently preparing the report on the findings.