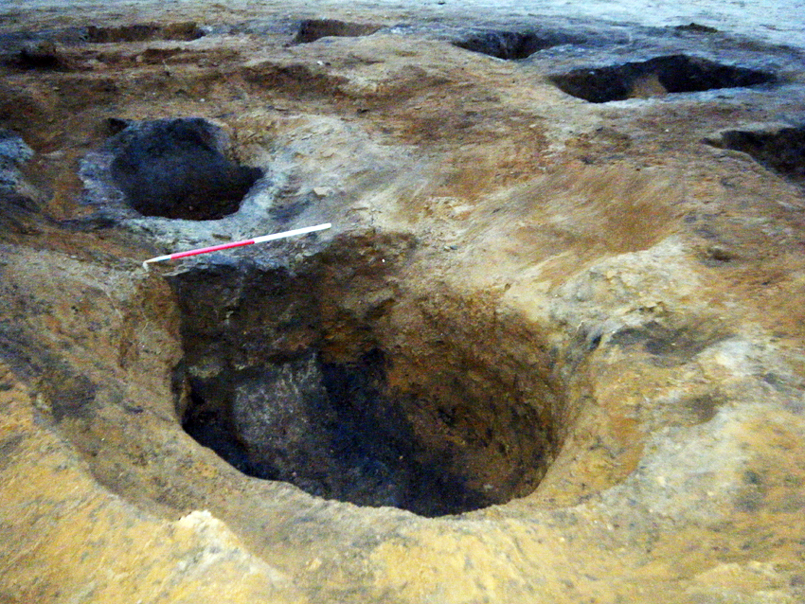 Investigations within the 3.5ha excavation area uncovered the remains of a complex Romano-British settlement, complete with a cremation cemetery and a rare assemblage of pottery kilns and metal working furnaces. Many of the kilns are sunken kilns, dug as deep as 1.7m into the surrounding sand – as a consequence of their depth they are very well preserved with intact fireboxes and kiln chambers, some of which preserve the in situ remains of the last firing. The assemblage is extremely unusual for Bedfordshire which has only two true Roman towns (Sandy and Dunstable) and only one other major Roman-British pottery production industry at Harold.

Headland is currently undertaking the first stages of the post-excavation process. The talk will look at the preliminary results of this work and discuss our ideas for the forthcoming publication.