From the Field: A Project Manager’s Perspective

14 Jun From the Field: A Project Manager’s Perspective 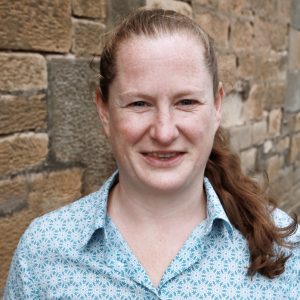 In this latest installment in ‘From the Field’ we are going into our Edinburgh office and speaking to Kirsty, one of our Project Managers who has worked in archaeology for over 15 years. In this piece Kirsty discusses her position as well as providing advice for newcomers to archaeological project management and highlighting key traits she looks for when hiring for projects.

What does being an archaeological Project Manager involve?

In the simplest terms, I win work for the company, I set up projects and make sure everything is in place for the field teams to do their jobs and report on their findings, and then ensure we get paid at the end of it all. Day-to-day I prepare tender responses for clients and liaise with them to make sure that we are providing the service that they need, speak to the local authority archaeologist on our clients’ behalf to agree the scope of the works, schedule staff for current projects, keep in touch with my teams in the field, and carry out editing and quality reviews of reports and post-excavation work.

A good proportion of my time is also spent dealing with the finances of each project to make sure we keep on budget, that the costs are within what was planned for, that the invoicing for the work is done promptly and the client knows what is going on. There’s an awful lot of project admin that goes on behind the scenes, making sure we have records of everything that’s been done.

On top of that, even though I’m not on site, I’m still ultimately responsible for the well-being of my teams. I keep in touch with them daily through the Project Officer and we discuss any problems. It can be a challenge to support a team just down the phone, which is why it’s important to visit site where possible and be on hand to offer guidance. Some people feel that asking for advice highlights the gaps in their knowledge; I don’t agree and would always rather my staff raise their concerns. It’s also a learning process for me to work out who needs an extra bit of support and who needs to be pushed a bit harder.

Did you always want to end up in Project Management?

In my early 20s, nothing could be further from my thoughts, I suspect like most people! The prospect of a) having to be responsible for everything and b) not being out on site just didn’t appeal. As my career progressed and I moved up through supervisor and project officer positions, I suppose the prospect of responsibility became less scary; and I realised I actually quite enjoyed it. Managers placing their trust in me gave me confidence and I felt able to defend my own decisions.

To some extent, it was probably a long gradual slide into management for me. After many years working as a Project Officer, I was a Clerk of Works on a large windfarm project and then the Senior Archaeologist on a big infrastructure scheme. Those projects made me realise that spreadsheets and finance weren’t as complicated as I thought and taught me an awful lot about dealing with clients. So, when a position was advertised as a Manager, I really felt ready to take that step. I do sometimes miss being out on site, but I get a lot of satisfaction getting clients on board to see heritage doesn’t have to be a massive hurdle.

What was the first project that you managed?

Probably the windfarm scheme I had been Archaeological Clerk of Works on. On the one hand it was great as I knew the scheme and the contractors inside out, but on the other I quickly realised that as a manager you can’t get involved in the nitty-gritty of fieldwork. It was quite a steep learning curve for me in terms of letting go, trusting the staff in the field and not constantly looking over their shoulder.

What advice would you give for people making the transition into project management?

Learn to let go – it’s a hard one, as most archaeologists entering project management have spent years honing their excavation skills. The temptation is to offer all your hard-won knowledge up to the site director when you come out for a visit, telling them how you did things back in the day. Nothing is more likely to undermine a site director’s confidence and put them on edge. Obviously, if they ask for advice, give it!

Don’t fear the finance – every company will have some sort of system for keeping on top of their invoicing and costs. Put the effort in to understand how it works and don’t shy away from the numbers. If you don’t understand what unfamiliar terms mean, ask.

Pick up the phone – as a new Project Manager, it’s easy to hide behind email as the go-to method of contact with clients and curators. Whilst it is important from a record keeping point of view, speaking to people directly is far better. You are less likely to be misunderstood, you can ask questions to clarify issues and you have the attention of the person on the other end. Not only that, but you can build a rapport with the client/curator in question. If you are concerned that you need a record of the conversation, follow it up with an email.

What skills/qualifications do you look for when hiring for projects?

Experience is probably the first thing I look for, but I also know that it isn’t everything. I’d far rather employ someone with a few months less on their CV but who has a good attitude and seems willing to learn.

The information needs to be tailored to the position; a CV highlighting someone’s finds cataloguing skills, but which doesn’t give any detail of excavation skills is of little use if I’m wanting to employ a site assistant. Being detailed about those skills is also useful eg ‘proficient in excavation of cut features in plan and section, hand drawing, digital survey, site photography’ rather than ‘experienced in excavation techniques’. Not all companies use the same methodologies, so I like to get an idea of what kind of things people have actually done.

A positive attitude counts for a lot when you are putting a team together. You want people that will get along with others and are willing to listen and learn. We do try to phone potential candidates to discuss prospective work with them, even when we are employing temporary site assistants. In effect, it’s a bit of an interview, so treat it as such and be as professional as you would be in person.

careers, from the field, project management