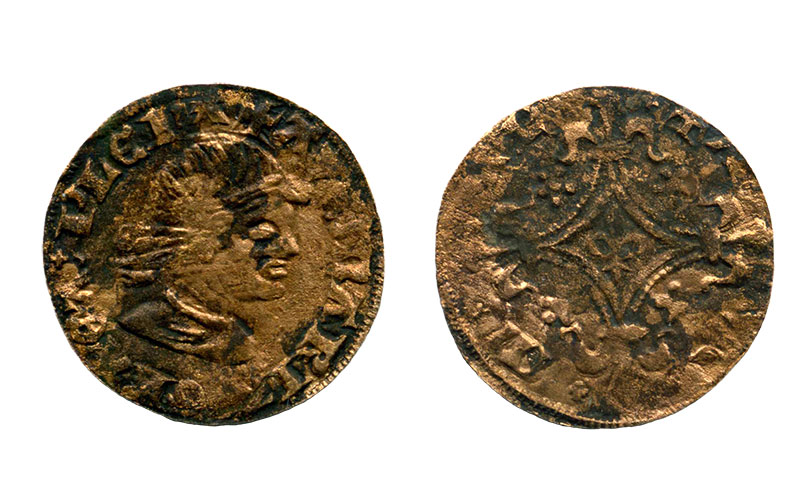 Headland Archaeology (South & East office) is proud to be working on the continued re-development of the University of Bedfordshire in Luton.

The site on Park Street covers part of the campus where a teaching block used to be until it was recently demolished to make way for a new Library/Learning and Resource Centre. Luton Borough Council have asked for the excavation as a condition of planning consent and the works are being monitored by the Archaeological Officers from Central Bedfordshire Council.

Why dig here?
We know from historic records and from previous archaeological digs that this area is the site of a 13th century castle. Fulk de Breauté, an Anglo-Norman knight and favourite of King John, built the castle some time between 1216 and 1221, and we have gleaned some details about it from medieval documents. The castle was certainly surrounded by a moat, as there was a complaint that de Breauté had dammed the nearby river (presumably to help keep water in the moat) and caused serious flooding to crops and buildings belonging to the church. De Breauté was one of the most powerful men in the kingdom at the time, so was not overly worried by the complaints and allegedly said that he wished that the damage had been worse.

When we call this a ‘castle’ this may conjure up the wrong impression, as this site was probably more like a fortified manor house, surrounded by a moat and earthen bank. In the interior there would have been living quarters, a great hall, stables and outbuildings. The line of the moat and bank was still visible in the 19th century and seems to have been rectangular in shape. Previous excavations for the University have revealed the line of the moat on the northwest side, and have found traces of timber buildings, in the form of slots and holes cut into the ground for beams and posts.

The ongoing excavation is revealing archaeological remains surviving over 2 meters below the present ground level on the site. The upper part of the castle moat has been truncated by post-medieval and modern activity such as a Victorian cess pit. However, the lower part of the medieval moat has been preserved below layers of made up ground. In particular a wooden beam interpreted as an in situ bridge timber has been found along with an in situ wooden wattle structure. Damian Goodburn (Ancient Woodwork Specialist) has provisionally dated the timber beam from 1180 to 1250 making it contemporary with the castle. The wooden wattle structure comprising a layer of horizontal timbers with upright stakes is thought likely to have been constructed to stop material falling into the base of the moat. A jeton has been found in the surrounding peat deposit and should help date the hurdle structure.

The results of this work will enhance information revealed by previous investigations of the castle and suggest that the castle entrance lay on present day Park Street.

Follow our progress online
We are posting updates of the results on Facebook and Twitter. You can also read more about Joe and this project on DigVentures.

The fieldwork and analysis is being generously funded by The University of Bedfordshire and will lead to a significant increase in everyone’s understanding of Luton’s cultural heritage.