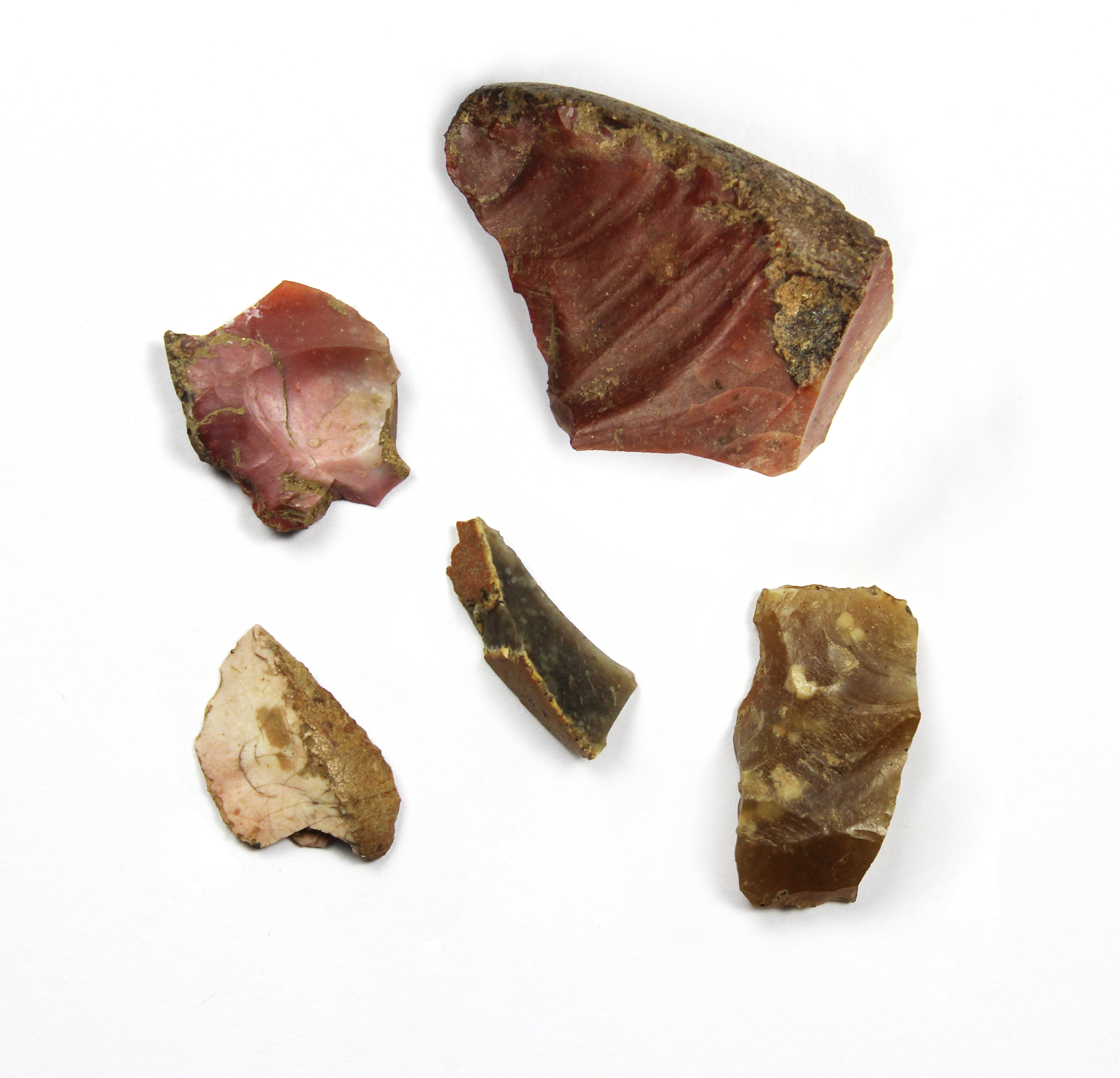 Investigations by Headland Archaeology North on behalf of AECOM for Aberdeen City Council, in advance of the construction of a Park and Ride at Dyce, Aberdeen have unearthed a 4,000 year old story of human occupation and interaction with the landscape of the area.

The project, managed by Eddie Bailey, has uncovered evidence of industrial, agricultural and domestic activity dating from as early as the Bronze Age continuing through to the 19th century.

Beaker pottery of Chalcolithic date (c2,400–1,900) has been recovered. This pottery marks the advent of the British Bronze Age, a time of important transition in agrarian and cultural practice

Domestic occupation in the area has been found in the form of the remains of timber constructed roundhouses, with hearths and remnants of compacted floor and activity surfaces. So far this seem to indicate prolonged occupation on the same site, with phases of rebuilding. The site appears to have been significant over a 2,000 year period with Iron Age occupation and evidence of ironworking and domestic life indicated by the discovery of metal working residues and pits containing probable fire rakings of meals and everyday life.

Medieval agricultural activity has also been discovered and later ridge and furrow field systems, with the remains of possible farm buildings evidenced on site.

There is a wonderful jigsaw of people working and living within a landscape, which seems to have provided all they needed right up to the present day and the pieces of that jigsaw are allowing the archaeological team to truly see the picture.

The continuity of use of the land is remarkable. Clearly a sense of place was important, not purely for practical reasons. Seeing the landscape, even today, helps the team understand why it was a focus for such long, continued use. It is genuinely exciting to be so close and even walk on surfaces our predecessors used thousands of years ago.

The site has real regional significance and adds much to a wider understanding of early habitation in the area. The Headland Archaeology team are genuinely excited by the opportunity to excavate the site, in work commissioned by AECOM on behalf of Aberdeen City Council, and whilst there is still much to do once the excavation has been completed, to fully understand the picture, the team has welcomed the opportunity to begin to tell a real story of early life in Aberdeen.